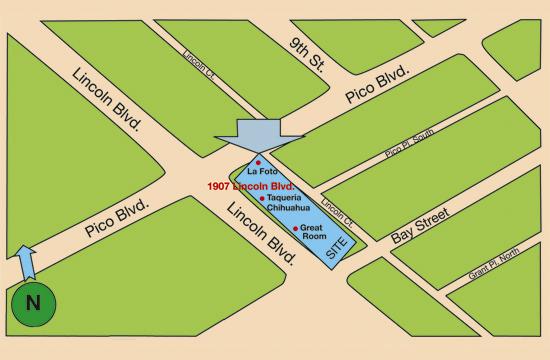 Plans to build a new Walgreens on the southeast corner of Lincoln Boulevard and Pico Boulevard might be finding opposition from the Santa Monica Police Department.

The new Walgreens is planned to be located across the street from Tommy’s World Famous Burgers. Local law enforcement authorities are concerned the second Walgreens to open within the City of Santa Monica would result in a projected increase of disturbance in the area.

“The Santa Monica Police Department has not taken an official policy on the issue,” said Sgt. Jay Trisler on behalf of the City’s law enforcement agency.

Yet Trisler added that the potential onsite sale of alcohol by Walgreens would be a cause for concern. While the store is required to obtain a conditional use permit from the City to sell alcohol, law enforcement officials are concerned the availability of alcoholic beverages would contribute to the projected increases of disturbances in the immediate vicinity of the store.

Part of the reason for law enforcement’s concern, according to Trisler, is the presence of multiple approved alcohol-selling vendors already within a few blocks of the planned store, including a 7-Eleven, two liquor stores, and another convenience mart. Additionally this alcohol-rich area is home to several rehabilitation and sober living centers.

“Anytime there is the sale of alcohol involved, we pay closer attention to the issue,” Trisler said.

If built, the proposed Walgreens project would reportedly be housed in a 12,041 square foot building and provide up to 30 surface parking spaces.

Several small businesses in the area would have to make way for the new Walgreens, including Family Dental Center, Mexican restaurant Taqueria Chihuahua, The Great Room Reupholstery and Slipcovers, and the Kids Consignment Sale.

Local residents and businesses potentially affected by the planned Walgreens reportedly held a community meeting last November to discuss the impact to the immediate area should the national chain indeed add a second store in Santa Monica.

A completed Environmental Impact Report (EIR), which was released for a 30-day comment period last month, found significant traffic impacts on the nearby intersections would result from the new project and could not be mitigated; the Santa Monica Planning Commission is expected to review the EIR in March.

The only other Walgreens in Santa Monica is on Wilshire Boulevard between 19th and 20th Streets.

Most recently, Walgreens faced a recent obstacle to expansion in West Hollywood, where residents reportedly opposed the retail development due to environment concerns and potentially increased traffic.

Although the police department has not taken an official position on the matter, Officer Mike Boyd addressed the Pico Improvement Organization board meeting on Jan. 5 to talk about the department’s concerns. The official minutes of that meeting describe the address as, “Mike Boyd announced that the SMPD will make a move to dispute the opening of Walgreens at Pico and Lincoln due to the projected increase of disturbances.”