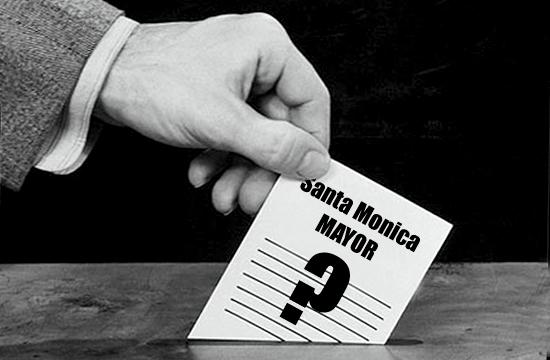 A proposition to make the City’s mayor a position directly elected by voters was dashed at the city council’s retreat at the Santa Monica Main Library on Feb. 13.

The Santa Monica City Council voted against a motion to consider new alternatives in how the City selects its mayor; the vote was 4 to 2 against the motion.

The staff direction “to conduct research on different options for selecting a mayor for the City of Santa Monica” was spearheaded by Council member Bobby Shriver, who sought to tweak the way the City’s mayor is selected in order to, as he sees it, more accurately reflect the will of the voters.

Specifically, Shriver wanted to shift the mayoral selection process away from the council and instead allow the decision to be made by Santa Monica’s voters. Under Shriver’s plan, the mayor would be the top vote-getter in the most recent election, though the candidate could also opt out if he or she chose.

Echoing similar thoughts was Council member Bob Holbrook, who stated there are some tangible benefits in allowing the electorate to have greater say in determining who is selected as the City’s mayor.

“If anyone ever introduced me as ‘the mayor,’ people would assume I was elected,” Holbrook stated, referring to his two previous tenures as mayor. “I think we’d be better off if we had some direction from the voters as opposed to the system we have today. It would better serve the city if we have an elected mayor (and) help focus what the issues (that) the public bought into.”

Shriver, who was joined by Holbrook as the only council members who voted in favor of the motion, emphasized his belief that the title of “mayor” stated it was a popularly-elected position and its status as a council-appointed position may negatively affect its political power.

“Titles make a big difference. When you say you are the mayor, people pay attention to you in a different way than if you say you are council member. There is political power in that,” Shriver stated, referring to his recent tenure as the City‘s mayor for a portion of 2010. “What (people) are responding to is the belief, whether we like it or not, is that I (as mayor) was elected by the people, and therefore I was exercising the people’s authority rather than the authority of four council members.”

Shriver was careful to phrase his motion as to keep consistent with the City’s charter. Under the City’s guiding document, the council is ordained with the responsibility of selecting who shall be mayor. However, according to City Attorney Marsha Jones Moutrie, the charter’s language does not specify how the council is to make its decision.

Since 1946, mayors have been selected by a majority vote by council members almost immediately after each election cycle, and the provision will continue to remain as such after the board’s most recent decision. The charter currently mandates the mayor to be appointed by a majority council vote. Among the chief responsibilities of the City’s mayor is to chair all council meetings.

While the council is not currently limited by any preordained parameters in how it selects a mayor each election cycle, shifting the mayoral selection process away from the council, such as holding a separate election, among other possible strategies, would require an amendment to the City’s charter.

Four-term Council member Kevin McKeown, who stated he is the longest continuously-serving member to never have been appointed mayor in the City’s history, believes the current mayoral selection process is not broken and is not in need of change.

“I look at our system and it’s served our community well since 1946,” McKeown said. “I think proportional representation … as the people who wrote the charter in 1946 implemented it is actually a pretty good idea for a community of our size. Certainly, since that time, the City has increased in complexity … (but) I think that bedrock principle of proportional representation remains a very valuable one for us.”

Mayor Richard Bloom, conversely, stated differentiating between an elected mayor or an appointed mayor was not common practice among other public officials and city leaders with whom he interacted.

“The issue of whether you are an appointed mayor (or) elected mayor is just not a factor. The subject never comes up. There is simply no difference in the way you are perceived by any public official. The question never arises whether you are elected or not,” Bloom said. “I really do believe if we moved to (a top vote-getter is mayor) system, it would lead to bullet voting. Those who desire to be mayor would benefit if they could convince voters to just vote for that candidate.”

Resident Jerry Rubin, who spoke during the public comment at the outset of the retreat, said he supported the current system for selecting a mayor, but with “some tweaking.”

“I don’t think we have to modify or change the City charter. We don’t need another costly and/or obviously divisive election to do that,” Rubin told the council. “I think rotation is a sound way to go, based on seniority. The public has already entrusted everybody on the council with their vote. So the people have spoken. Let‘s just keep it the same and tweak it.”

While Council member Pam O’Connor had excused herself from the retreat early and was not present for the discussion or vote on the agenda item, earlier in the afternoon she reiterated her position when this issue was introduced at the Jan. 11 meeting. There, she said the current model is most ideal for the City.

At the Jan. 11 council meeting, Shriver made the case that because the Mayor’s office is holding perceived extra weight it warrants an alternative selection process.

After the council agreed to direct staff to research the issue, it came back with an extensive report with a select list of California cities and its mayoral selection processes. According to the staff report, 55 of the 83 cities it sampled feature “council-appointed mayors.”

Even more, councils in 41 of the 55 cities appointed a mayor “with no formal or written process (like Santa Monica).” Only 28 of the cities surveyed elected their mayors separate from their council.

The report considered two major alternatives in how the City may select its mayor: election or appointment by process.

If the City would hold a separate election for mayor – every two or four years – the City would need to both amend its charter and place the issue up for a special vote; the report did cite the City’s last two special, or “stand-alone” elections in 1999 (polling places) and 2003 (all mail), were $176,000 and $97,237 respectively. Furthermore, it was anticipated at the Jan. 11 Council meeting a separate mayoral election may entail higher costs to the City each election cycle, especially if a runoff were to occur.

The report also cited six municipalities, Beverly Hills, Chino Hills, Downey, Huntington Beach, Culver City, and Manhattan Beach (with populations ranging between 36,084 and 202,250), that appointed their mayors. All but one had some form of rotation, with Beverly Hills selecting its mayors based upon seniority and number of votes.

Since 1946, the City has operated as a council-manager form of government, with all seven members of the panel elected by the public at large.

Section 604(a) of the City’s charter reads: “On the first Tuesday following any general or special municipal election at which city council members are elected, the council shall meet and shall elect one of its members as its presiding officer, who shall have the title of Mayor.”

Prior to Mayor Bloom’s appointment to the office, Shriver was selected mayor in May 2010, shortly after the passing of then-mayor Ken Genser earlier that year. Shriver stated on several occasions his experience as mayor was, in part, motivation for him to introduce this issue to the Council for consideration.