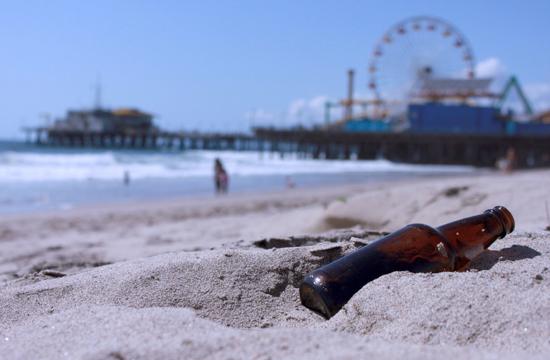 While city law previously prohibited any drinking of alcoholic beverages in public, the new amendment extends the prohibition to “any person … carrying open alcoholic containers within public parks and beaches.”

Those issued a permit, license, or lease to have alcoholic beverages at outdoor events on public property within Santa Monica are exempt from the ordinance.

“(Someone carrying) an open container on a park or a beach, they say they are not drinking, that’s like carrying a lit cigarette and saying you are not smoking,” Santa Monica resident Jerry Rubin told the council in support of the prohibition of open containers.

Just the same, the council also approved an ordinance restricting vehicle use on public beaches and parks, but exempted a few drivers “who are part of City permitted events (and are) authorized City employees and City contractors.”

“This ordinance, also requested by the police department, would modify existing law, which only allows vehicles on the beach if they are there in response to an emergency. Indeed, many other City vehicles are there now, including vehicles that clean the beach,” Moutrie stated to the council.

“What the proposed ordinance will do is conform our law to existing practice. It would also enlarge the list of drivers that are exempt from the prohibition, to include drivers who are working within a permit for an event and City contractors who are authorized to operate vehicles on the beach,” she added.

Council member Robert Holbrook urged his colleagues and officers of the Santa Monica Police Department to incorporate specific training on how to operate vehicles on public beaches within the city.

Council member Bobby Shriver added part of the training to operate vehicles on public beaches should include paying particular attention to homeless people who sometimes sleep on the sand overnight.

“I think it’s particularly important that at night or in the very early morning, if people who are going to operate for contractors they are aware that, from time to time, people who are weak might be sleeping on the beach,” Shriver said. “I think that is a super important little fact to put into the permit.”