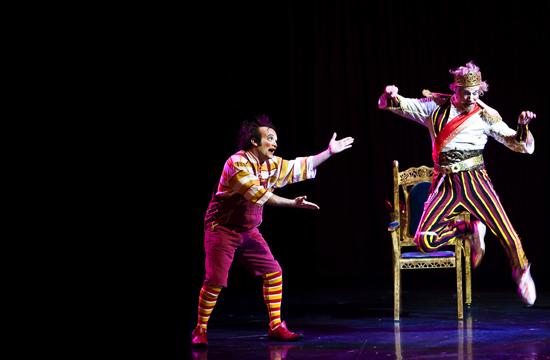 The circus is unofficially coming back to town, as officials from Cirque du Soleil are plotting its return to Santa Monica.

With nine months before the spotlight beneath the big top would shine bright, the City of Santa Monica’s Community and Cultural Services Deptartment sought community input on Feb. 28 at the Ken Edwards Center on the proposed return of Cirque du Soleil. A handful of local businesses and residents attended the meeting in hopes of gaining greater perspective of Cirque du Soleil’s plans for staging its latest show – should it return to Santa Monica in 2012 – and voice their respective opinions about the internationally acclaimed French-Canadian artistically themed circus production.

Specifically, the community discussion focused on dealing with logistics of the proposed return of “the Cirque,” which would run its latest Santa Monica production from mid-January through late March in 2012; issues discussed included parking and traffic flow, signage, shuttle service, marketing and promotions, and promoting pier businesses.

“Extended–run cultural events in the 1550 lot (just north of the Santa Monica Pier, on the beach), such as Cirque du Soleil and “Ashes and Snow,” generate revenue to the City to maintain and improve Santa Monica Beach. These events also meet the community’s demand for cultural offerings and provide an economic benefit to the city by increasing retail and restaurant business,” Judith Meister, the City’s beach administrator, said. She went on to say that the net impact of the 2009 production of Cirque du Soleil in the City was approximately $16.7 million.

“Overall impact to the city … is direct revenues (and) … sales tax revenues and other revenues that are generated by people spend when they come to what Cirque du Soleil and around the city, as well as jobs,” Meister said.

If the Cirque’s proposal is ultimately approved by the Santa Monica City Council, the 10-week event will officially kick off on Jan. 20.

One resident who lives in the vicinity of the Pier who attended the community input session was not too thrilled with the prospect of Cirque du Soleil returning to Santa Monica.

“This is no longer a small company; this is now a huge corporation that’s global and employs thousand and thousands of people. There is absolutely no reason for it to be in Santa Monica,” resident John Weyand said. “There’s actually nothing that is positive about Cirque du Soleil coming to the Santa Monica area. There’s noise, there’s booming that goes on until midnight … this area is extremely congested … it just seems like we are cramming something into an area where there is no parking.”

Others in attendance, mostly representing business interests in the City, viewed the possible return of Cirque du Soleil as a positive move.

One business owner stated the major event brings up to 30 percent more business and substantial international attention to the city. Another business owner, Lynne Thomas of The Lobster, opined it does not make sense to host Cirque du Soleil anywhere but the pier area.

“The location is so key. You have walking distance to hotels and restaurants; you can’t really have it any more east,” Thomas said. “(The pier/downtown) area defines Santa Monica. For the Cirque to be in the most defined area of Santa Monica … is really what we’re looking for. We can’t pretend we’re not an amazing city.”

Of course, Cirque du Soleil’s presence in Santa Monica ultimately combines the positive and negative realities stated by the various speakers. A business survey was conducted of the impact of Cirque du Soleil on businesses in the pier and downtown regions and found some entertainment-themed venues actually lost money during the show’s 2009 run.

A decision about whether the Cirque actually does return to Santa Monica in 2012 is at least six weeks away. The Council is expected to consider Cirque du Soleil’s proposal at its April 12 meeting; in the meantime, Community and Culture Services will continue meeting with other groups throughout March, including pier officials and members of the Parks and Recreation Commission.

“We’re still in negotiation. We haven’t finalized our rental agreement, there are still some things we are working on, there is a lot of work that has to happen,” Meister said.

Cirque du Soleil had been in Santa Monica off and on since 1987; its most recent visit to the city was October through December 2009.