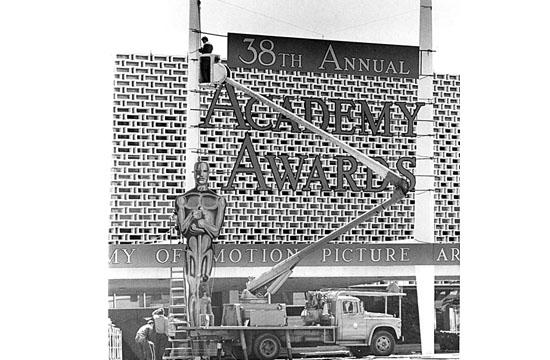 There was a time when anybody who was somebody in the music business played in Santa Monica. No tour was ever complete without a stop at the Santa Monica Civic Auditorium. Elite performers such as Bruce Springsteen graced music fans with their greatest tunes just off the shores of the Pacific Ocean. Even the Academy Awards resided here for a seven-year span.

It was just the place to be.

Designed by Welton Beckett and built in 1958, the Civic Auditorium has come a long way since its inception. With the former crown jewel of Santa Monica now sporting many a dark night, a leading entertainment company hopes to come in and revive what was once among the elite venues all across the United States.

At the Santa Monica City Council’s March 8 meeting, the elected board gave the green light for The Nederlander Organization to move forward with its plans to revitalize the Civic Auditorium as an “exclusive presenter/joint venture.”

Under the council’s directive, the Nederlander Producing Company of America, for at least five years, will deliver a full season of programming it hopes is in tune with the tastes of Santa Monica’s residents, while the Civic Auditorium will undergo significant renovations to be updated to 21st century standards.

As part of the public/private partnership, both the City and Nederlander will be involved with staffing, calendaring, concessions, and promotions. However, some of the Civic Auditorium’s current staff will be downsized, community and city events at the venue may be limited, and there is a risk to the City for overhead costs. There is also an option for a five-year extension of the exclusive presenter/joint venture agreement.

Among the programs that could headline the revamped Civic Auditorium include “Wicked,” Paul Simon, or “The Lion King.”

Under the terms of the agreement, Nederlander would earn a base management fee of $200,000, though it would have to “create at least $500,000 annually in net event-related revenue” for the fee to take effect.

“It has been sad to see what has happened to the Civic within the last 30 years or so as it stopped being a top concert venue,” Council member Kevin McKeown stated. “It’s beyond time to turn this around. The building is a landmark, the building is a classic. I think we have the capability to do this… and I think we have a great partner, the right partner, for this venue.”

Despite the general enthusiasm McKeown, the council, and others shared about moving forward with the revitalization of the Civic, Community and Culture Affairs Director Barbara Stinchfield pointed out a big concern was whether redevelopment funds would be available to fund the project.

However, Stinchfield said the cost of not moving forward with the Civic Auditorium’s renovations and plans for upgraded programming is far less than if the City did absolutely nothing and allowed the venue to remain as is.

“At the same time, the challenge is if we don’t move forward with the new way of doing business, in the next 10 year period we’ll be facing over a $30 million general fund-subsidy to the Civic Auditorium,” she said.

According to Stichfield’s staff report, “the proposed operating model would reduce the operating subsidy required of the general fund from the ‘status quo’ range of $32.9 (million) over the 10 year term to a range of $8.7 (million) to $14.7 (million).”

Council member Bobby Shriver tried to address the RDA issue, similarly expressing concern about the potential lack of redevelopment funds should the state legislature in Sacramento approve a bill eliminating the valuable resource.

The Civic would commit $45 million in funding to the project, an amount that was approved under the assumption redevelopment funds would still be available and well before Gov. Jerry Brown proposed eliminating RDAs.

“My concern here is the whole RDA process. My own take is that in the new world order, we have to consider things like (corporate naming rights),” Shriver said, adding a venue such as Staples Center in downtown Los Angeles has revitalized an entire neighborhood of that city despite being named after a corporate entity. “I am open to the idea, actually, of private financing.”

The notion of naming rights did not sit well with former mayor Michael Feinstein, who spoke during public comment and said such a notion runs counter to what Santa Monica stands for as a community and as a city.

“I just freaked out when I heard about the possibility of naming rights. For me, personally, I find it entirely offensive,” Feinstein pleaded to the council. “It’s not who we are as Santa Monicans because it’s about commodifying the commons. It’s against our whole sustainable city approach.”

Still, City Manager Rod Gould was practical in stating it would be responsible planning for the council to consider alternative sources of funding for the very near term, especially since it may be awhile before the fate of redevelopment funds is finally decided.

“Redevelopment may be in a period of limbo for a period of months, if not years. It might behoove us to do some contingency planning,” Gould, who is tasked with negotiating a “presenting agreement” with Nederlander, said.

The staff was directed to consider private financing options and whether it may help the Civic Auditorium achieve sustainable profitability.