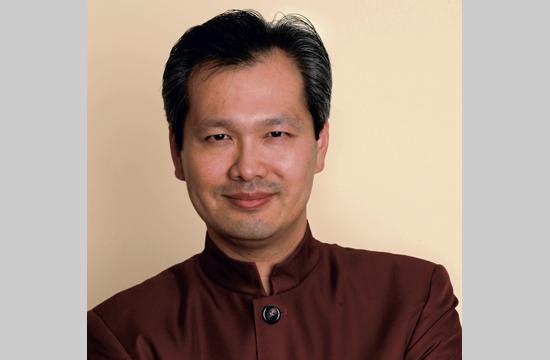 Many anxious patients and readers have called in the last week inquiring about the health threats of radiation from the nuclear reactor meltdown in Japan as a result of the devastating earthquake and the subsequent tsunami. This is an attempt to address these and other concerns about radiation specifically relating to the reactor meltdown as well as general exposure in normal everyday life and in medical procedures and what you can do to naturally prevent or lower your exposure or even decontaminate from excess exposure.

So far as the news goes the four reactors that were in partial meltdown spewed radiation as high as 500 meters or 1,640 feet, according to John Beddington, U.K.’s chief science officer. In comparison the Chernobyl blast sent radioactive particles 30,000 feet high for months. Although minute radiation was detected in Sacramento at the end of last week, it was so minor – at one-millionth of what people get from natural background radiation – that health officials assured us that it posed no threats to residents of the U.S. West Coast.

Foodstuff such as spinach and dairy produced within the radioactive zone in Japan had vastly elevated radioactivity which the government has discouraged people from consuming. Radioactivity was also found in the waters of the Pacific off of the northern coast near the nuclear plant, but over time that should dissipate as the reactor is cooled and stops spewing particle ash and dust.

For now it would be wise to avoid seafood caught in Japanese waters. Other than avoiding the potentially contaminated food, there should be no concern for residents of the American continent. In other words, there is no need to panic or go out and hoard potassium iodide, let alone take it.

There is much misinformation about radiation that I would like to attempt to clarify. First of all, we live with radiation all around us — the sun and stars, rocks, earth, and even our own bones emit natural background radiation. There is also radiation from television, smoke detectors, and microwave ovens. It is estimated that the annual average of acceptable exposure (from the above natural and equipment radiation) is around 1 millisieverts or mSv.

There are two types of radiation: electromagnetic and particle radiation.

Electromagnetic (EM) waves range from low energy to high energy. Low energy EM includes electrical, infrared, visible light, and ultraviolet (UV). These, with the exception of UV, are relatively harmless and in fact are even therapeutic such as the far infrared wave. At the high energy end of EM are the diagnostic and therapeutic X-rays like gamma rays. These are more powerful and exposure must be monitored and limited.

Particle radiation includes electron, proton, and neutron beams produced from splitting unstable atoms from the likes of plutonium and uranium as in a nuclear reactor or bomb. High exposure to these types of radiation can cause cancer, genetic defects, and death. For example, in a 2009 New York Academy of Sciences report on the death toll in the European fallout zone of the Chernobyl accident indicated that, from 1986-2005, one million people died from genetic damage caused by the radioactive fallout and numerous people suffered from thyroid cancer and leukemia.

I have been asked how much medical diagnostic radiation exposure is healthy; let’s put it in context. If the average acceptable exposure per person is 1 mSv per year– which let’s say it’s equal to a truckload–then a simple chest X-ray is about 0.03 truckload. To put it in another way, it will take about 33 chest X-rays for someone to reach their yearly radiation allowance. However, an upper GI X-ray is about three truckloads and a CT scan is about four truckloads. Of course this number sounds alarming but if one has a condition that requires diagnostic imaging, to not do it would be foolish and delay any treatments that may potentially even save your life. Read below for ways to reduce your radiation load in your body.

Here are some easy, natural ways for everyone to reduce exposure and radiation load in your body. Start by incorporating seaweed, kelp, and other chlorophyll-rich foods like blue-green algae, spirulina, and chlorella. These plants contain rich minerals such as iodine that bind up the receptors site in your thyroid so that any radioactive iodine that you end up being exposed to will be unable to harm your thyroid. They also contain selenium and other potent anti-oxidants to prevent destructive free radicals and cancerous growth as well as chelating agents that bind to toxins and eliminate them from your body.

Eat colorful foods that are full of antioxidants like cherry, blueberry, pomegranate, yams, and sweet potatoes that constantly assist your body in mopping up free radicals and toxins. Drink six to eight glasses of filtered water daily. You can also increase your intake of vitamins C, E and D to help antioxidant actions within or take alpha lipoic acid—a nutrient that protects cells from radiation damage.

And then there are herbs like dandelion, peppermint, and chrysanthemum that help the body detoxify. Medically supervised detox programs like the Tao of Wellness Detox Retreat can support your body’s healthy cleansing function. Finally if you find yourself in the unlikely situation of excess radiation exposure there are medically supervised chelation treatments using EDTA and other treatment methods.

I hope this article helps to assuage your fears about radiation and that you will use the information to live long, live strong and live happy.

Dr. Mao Shing Ni, best known as Dr. Mao, is a bestselling author, doctor of Oriental Medicine and board certified anti-aging expert. He practices acupuncture, nutrition and Chinese medicine with his associates at the Tao of Wellness in Santa Monica, a Wellness Medicine group that won the “L.A.’s Best” Award. Dr. Mao and his brother, Dr. Daoshing Ni founded Tao of Wellness in Santa Monica over 25 years ago. In addition, he is the cofounder and Chancellor of Yo San University in Venice/Marina del Rey. To subscribe to a free newsletter please visit www.taoofwellness.com To make an appointment for evaluation and treatment please call 310-917-2200 or you can email Dr. Mao at contact@taoofwellness.com