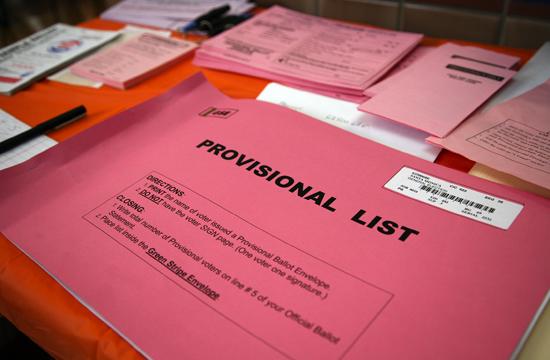 Running for public office in the City of Santa Monica just got a more expensive price tag. Perhaps future candidates may be able to offset increased costs with a new provision allowing them to solicit more money from a potential donor.

Previously, individual campaign donors were not allowed to directly give more than $250 in monetary contributions, an amount that has not increased since its adoption in 1992.

According to the staff report prepared by City Attorney Marsha Jones Moutrie and City Clerk Maria Stewart, candidates running for City office are not charged a filing fee. Additionally, “the City pays for all candidate election costs related to the printing, translating, handling, and mailing of the candidate statement which is included in the City’s voter information pamphlet that is mailed to each registered voter.”

Whether such a fee would make it difficult for some to run for a council seat or other elected position was a concern raised by City staff when deliberating if it should indeed recommend the council to approve the $200 filing fee.

“Staff acknowledges the importance of providing as even a playing field for candidates as possible,” Moutrie and Stewart stated in their joint staff report. “And, even though the vast majority of City residents are able to pay fees, there may be individuals interested in running for office who might be deterred from this goal by the requirement of paying for the printing of a bilingual candidate statement.”

Members of the public expressed mixed feelings about the council’s two election-related directives.

“Election rules do need to be changed, however, I strongly believe that these two changes are in the opposite direction of what is needed,” resident Catherine Etheridge stated. “We’ve had a tradition of being concerned whether low-income residents have an opportunity to participate in our election and government process. Are we abandoning that tradition?”

Anjuli Kronheim, of Common Cause, opined that approval of contribution limits would increase the level of influence held by special interest groups at the expense of voters.

“I think this is a fair proposal. As far as the $200 filing fee, I think it should be upped,” Rubin said.

Mayor Richard Bloom stated it made sense to increase the contribution limits from $250 to $400 because of indexing.

“The contribution limit of $250 was set about 15 years ago and has never been indexed and the approximate amount $400 is intended to match the amount of inflation so that it would therefore keep up with expenses,” he said.

Bloom also said the $200 filing fee was not prohibitive and would instead motivate candidates to be more active in the election process.

“I think … it’s best to have some skin in the game. It makes you take what you’re doing more seriously,” Bloom candidly stated.

The sole dissent was McKeown, who voted against the contribution limit increase proposal, stating no one has sued the City yet despite recent case law developments and the increased cap on contributions may result in more corporate financing (and fewer constituent donors).

Council member Terry O’Day was not present at the March 22 meeting.