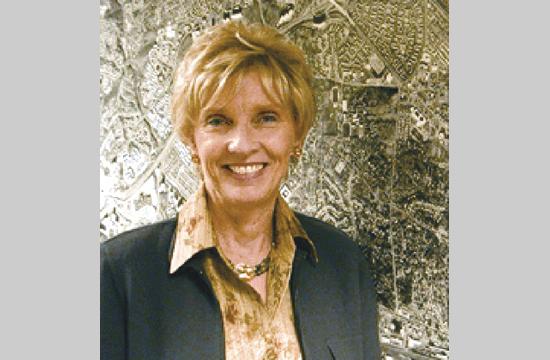 Eileen Fogarty, who has been the city’s director of planning and community development since 2006, has decided to move on, although her mark on the city by the sea will last long after she is gone.

In an interview with the Mirror, Fogarty stated that she is looking “forward to doing consulting on a national scale” and she already has some consulting opportunities that have arisen in Washington, D. C. and California.

To Fogarty, her key accomplishment was “having the Land Use and Circulation Element (LUCE) adopted” in July 2010 after an extensive community process, and that the plan received the California 2010 Award of Planning Excellence. She explained that when she came to Santa Monica four and half years ago, former City Manager Lamont Ewell “asked her to establish a close working relationship with the community.” She was able to accomplish this through the LUCE process because the community was open “to setting a new direction” for the city. Fogarty noted that the LUCE “sets the framework for the city’s future” so she feels confident that the city is “exceptionally well positioned to face the complex challenges of the future” in a proactive way.

Other accomplishments Fogarty mentioned were restructuring Building and Safety to increase their responsiveness; establishing processes so that “developers can come in early in their schematic design stages” to talk to the community before they spend a lot on their construction process; traffic signal synchronization to reduce congestion, making the Expo Light Rail fit in with Santa Monica, shortening of the city’s environmental review process, and coordinating planning efforts.

Fogarty also mentioned that she is already “working closely with the City Manager, Rod Gould, to lay out the issues, challenges, and opportunities” for her successor.

Gould told this reporter that in addition to her exceptional work on the LUCE Fogarty “brought in really talented people to her department, mentored them” and improved many of her department’s processes. He also found her to be “a delight to work with and will miss working with her.”

By press time the Mirror received a number of e-mails from various city leaders and community members with reaction to Fogarty’s retirement.

Mayor Richard Bloom wrote “Eileen earned the respect of the community during her tenure with the City and leaves us with LUCE as her legacy. LUCE, which incorporates innovative and sustainable goals, will serve Santa Monica well into the future. I, and legions of Santa Monicans, will miss her energy and vision.”

City Council member Kevin McKeown, who had been the council liaison to the Planning Commission, said, “Eileen demonstrated in her years here why she’ll be a success at consulting. She came into a stalled LUCE process where skepticism had soured into cynicism, and through her energy and integrity turned it around into an award-winning visionary plan. She leaves us a legacy we may not fully appreciate yet, a sustainable blueprint that integrates improved mobility, some growth where appropriate, and the preservation of our existing neighborhoods and their quality of life. Personally, I will greatly miss Eileen as a friend and a colleague.”

Planning Commissioner Ted Winterer wrote, “I’ll miss Eileen terribly and she’ll be hard to replace. Others have rightly noted her many accomplishments, such as shepherding to approval an award-winning LUCE and streamlining processes at her department. But to me her singular accomplishment was focusing City Hall and the public on the quality of our built environment. She’s an aesthete who wanted projects big and small to look good: to inspire, provoke, and enchant.”

The Chair of the Wilshire/Montana Neighborhood Coalition, Valarie Griffin, noted, “Eileen understands cities. She knows that the most important part of a city is the people who live, work, play, and pass through it. She helped us think about what we want Santa Monica to be like in 10, 20, or 50 years and to articulate our visions. Of course, we didn’t always agree, but that’s where her skills at consensus-building helped so much. She helped us see the impacts of various kinds of change, so we can preserve and transform the future. She will leave not only a streamlined and energized planning department. She will also leave a lot of us in the community who have learned what “placemaking” is, and that it’s our job to help it happen.”

Sunset Park figurehead Zina Josephs stated, “I’m very sorry to see Eileen Fogarty leave. She worked extremely hard to help the community reach consensus on the LUCE update, organizing countless presentations for the neighborhood organizations, the neighborhood council, and the community workshops. She also initiated “float ups” to allow residents to have input earlier in the development agreement process. Unfortunately, out-of-town developers and their representatives have managed to “game” both of those processes to some extent.”

City Manager Rod Gould chimed in, stating that he “is trying to postpone Fogarty’s departure.” He also began the national search for her replacement by meeting with a recruiter, Bob Murray and Associates, on March 7. He hopes to negotiate a contract with them soon. He noted that the “criteria for the job has changed” since Fogarty came because the LUCE process has been completed. The new director will have to be able to “implement the LUCE, really understand public engagement,” work on the City’s specific area plans, and help the planning department “provide the highest level of customer service” among other things.

Gould emphasized that the community can help with the search process by giving him input on the “qualities, expertise, attributes, experience, and style” they would like to see in a new planning director. The community’s wishes will be incorporated into the search brochures and interviews. The community can do this by e-mailing him at rod.gould@smgov.net, faxing him at 310.917.6640 or mailing a letter to Office of City Manager, P.O. Box 220, Santa Monica, CA, 90407-2200.