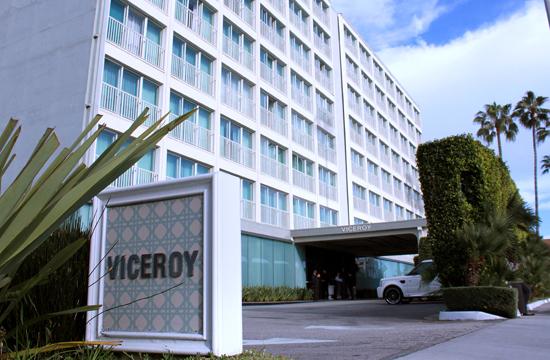 In the coming days, the Santa Monica City Council aims to finalize a sale of a iconic local hotel, with an estimated $500,000 from the $80 million-plus transfer of ownership agreement generated to the City of Santa Monica’s bank account.

Originally an issue on the council’s agenda at its March 8 meeting, the sale of the Viceroy Hotel from Roscoe Real Estate Limited Partnership to Seaside Hotel Limited Partnership was held to complete a collective bargaining agreement between union officials, the current hotel management, the new ownership group, and the City. Rod Gould, Santa Monica’s city manager, was authorized to negotiate a labor agreement with the affected parties to expedite the transaction.

“The council authorized the city manager to sign whatever documents were necessary so that the current owner of Viceroy Hotel can assign its ground lease to the new entity, and the council’s approval was subject to the seller and the buyer and the union demonstrating they have a collective bargaining agreement,” said Miriam Mack, the City’s economic development manager.

“They are working on it and we are hopeful we will receive signed documents from everybody that demonstrates they have a valid collective bargaining agreement,” Mack added.

Reportedly an $80 million sale, the transfer of ownership of the Viceroy Hotel results in a windfall for the City as the facility exists on a City-owned property. Accordingly, consistent with provisions of the ownership, the City, as landlord of the property, would earn about $500,000 from the transaction.

“(The City) own(s) the ground lease, and the ground lease has a provision in it that if the property (or lease) is assigned, then the City gets a percentage of the net proceeds,” Mack said. “We estimate that the seller would be subject to a transfer premium of approximately $500,000.”

In an 82-year deal signed in 1966, the City entered into a ground lease agreement with Royal Inns of America, Inc., to develop “a first class hotel,” which is currently the Viceroy, located on the corner of Ocean Avenue and Pico Boulevard, in the heart of the city with an ocean view and within walking distance of the beach, Main Street, the pier, and the downtown shopping area. In September 2000, the council extended the lease another 17 years to make it a 99-year term ending in September 2065.

The operator of the Viceroy, KHM Viceroy Santa Monica, LLC, had a collective bargaining agreement with Unite Here Local 11, which expired on July 31, 2010.

“We’re told by one side that… they’re close,” Mack said, “so we’re hopeful that we will see a signed document by everybody.”