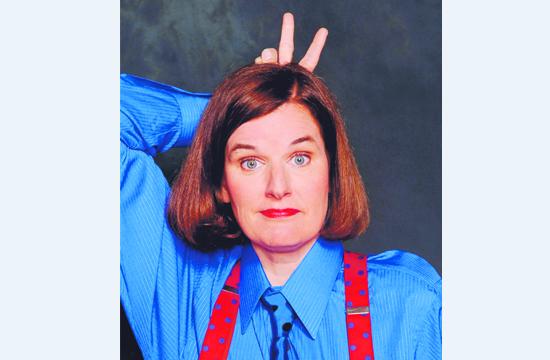 “Live it Up. Laugh it Up” with Paula Poundstone

Shutters on the Beach, 1 Pico Boulevard

Two legends of stand-up comedy make a rare southern California appearance in Santa Monica this coming Tuesday night, so get your tickets while you can. Paula Poundstone – known for her penchant for wearing men’ s ties and suspenders – and comedic storyteller Bobby Collins take the stage at Shutters on the Beach to benefit McKinley Elementary School. The two comics have teamed up for this show at Shutters for the past ten years to benefit the school’ s visual and performing arts programs.

A variety of performances, dealing specifically with women’s views and issues, will be presented at the 18th Anniversary Los Angeles Women’s Theatre Festival (LAWTF) March 24 to March 27 at the Electric Lodge in Venice. The performers at LAWTF represent a cross-section of ethnic, cultural, and religious backgrounds and come from all over the world and from many parts of the U.S. This year’s theme is “Coming of Age.”