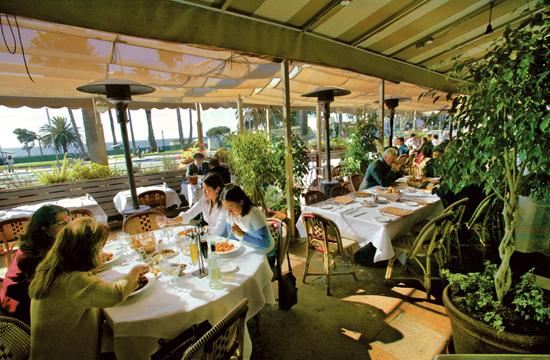 Popular Italian seafood restaurant, i. Cugini, plans to close its door on Ocean Avenue this summer.

“It was a very difficult decision for us to make,” said Sam King, CEO of King’s Seafood Company, in a statement. “We truly enjoyed operating i. Cugini over the past 21 years and after very careful consideration decided that the restaurant did not fit into future plans for the company.”

King’s Seafood Company, owner of i. Cugini, made the announcement today that it will close one of its flagship locations after Father’s Day brunch service on June 19 of this year.

Serving Southern California since 1990, i. Cugini is a popular destination for locals and tourists alike. Part of the popularity came from the close proximity – right across the street – to the Santa Monica Pier and Palisades Park. But others simply came for the food, the menu of the eatery was determined daily based on which seafood specialties brought to the kitchen each day. The restaurant offers fresh seafood prepared in an authentic Mediterranean style.

The release went on to indicate that i. Cugini looks forward to serving its longtime guests over the next 60 days. Reservations for upcoming Easter and Mother’s Day Jazz Brunches are still available.

King’s Seafood Company, based in Southern California, evolved from more than 60 years of family-run restaurant experience to become one of the largest seafood restaurant companies in Southern California, operating 17 restaurants in region, as well as in Nevada and Arizona. King’s signature restaurants include Water Grill in downtown Los Angeles, Ocean Avenue Seafood and i. Cugini in Santa Monica, 555 East Steakhouse in Long Beach, and Lou & Mickey’s in San Diego.