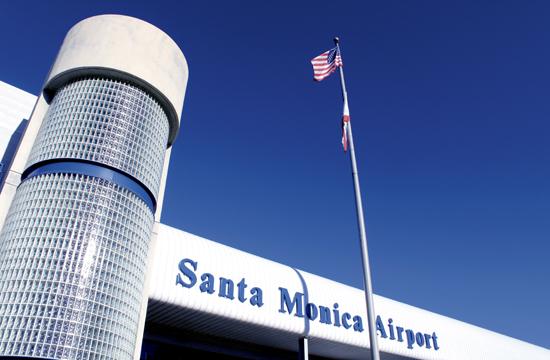 What was once an in-house dispute regarding the future of air travel at Santa Monica Airport (SMO) has spilled over into Los Angeles and Washington, D.C. two separate actions by local and federal officials have gained momentum, including the Los Angeles City Council’s expressed support of legislation aimed at closing up to six flight schools and altering flight paths.

The political clamor started earlier this month when Congressman Henry Waxman, whose 30th congressional district includes Santa Monica and West Los Angeles, managed to include an amendment to the FAA Reauthorization Bill of 2011 to address the lack of runway safety at SMO.

April 21, the Los Angeles City Council reportedly passed a resolution announcing its intent to support specific legislation that would permanently establish a new flight plan at SMO, taking planes directly over Santa Monica homes while also shutting down the six flight schools operating at the airport.

Supporting potential legislation in the name of “health and safety purposes,” the Los Angeles City Council based its April 21 action on studies by UCLA, the Los Angeles Unified School District (LAUSD), and the Southern California Air Quality Management District (SCAQMD) that found evidence of very high levels of ultra-fine particles, black carbon and other potentially harmful health impacts that they linked toSMO.

“The current flight paths utilized at Los Angeles International Airport and Santa Monica Airport intersect offshore, causing jets at SMO to idle on the runways while waiting for clearance by LAX air traffic controllers,” Gerry F. Miller and Christina Yee Hollis, both analysts for the City of Los Angeles, told the City’s council members in a report. “While idling on the runways, these jet aircraft spew high concentrations of air emissions into neighboring West Los Angeles communities, such as Mar Vista and Palms.”

According to a resolution presented by Los Angeles Council members Bill Rosendahl and Janice Hahn, idling flights awaiting takeoff clearance at SMO resulted in “1,000 times normal levels of ultra-fine particles and 250 times normal levels of black carbon within the Los Angeles residential neighborhood directly downwind of Santa Monica Airport.” The statistics cited in a UCLA study on the issue pointed out the “pollutants (were) generated by idling jets and jet blasts at the airport.”

Rosendahl and Hahn also point out in their resolution, which was seconded by Council member Paul Koretz, that passenger safety of flights departing both LAX and SMO were potentially jeopardized because of the flight paths from the Santa Monica air facility.

“Once in the air, SMO jets can come within a few miles of commercial airliners departing LAX, causing potential safety concerns for the traveling public,” the resolution stated.

In light of a recent crash of a flight school airplane that killed the pilot, at Penmar Golf Course in Venice, the Los Angeles City Council was also worried about the six flight schools operating out of SMO, expressing concern over the safety of the in-air pilot training programs at each instructional facility conducted over densely populated neighborhoods of Venice, West Los Angeles, and Mar Vista.

The Aircraft Owners and Pilots Association (AOPA) voiced its opposition to the Los Angeles Council’s decision in a letter posted on its website to Council member Eric Garcetti.

Gregory Pecoraro, AOPA’s vice-president of airports and state advocacy, wrote to Garcetti that SMO has an “impressive safety record.”

“Many operational limitations have been adopted to minimize (the airport’s) effect on the surrounding community,” Pecoraro wrote. “It should also be acknowledged that the cities of Los Angeles and Santa Monica bear the responsibility for having allowed residential development to overrun safety areas and buffer zones.”

While the Los Angeles City Council took swift action that would significantly alter operations at SMO, Waxman’s amendment to FAA Reauthorization Bill of 2011 focused specifically on the safety of residents in the immediate vicinity of SMO. With some residents in the densely populated area surrounding SMO living as close as 250 feet away from the airport, Waxman addressed the trepidation of some of the constituents who were concerned about the lack of a sufficient buffer zone at the end of the facility’s two-way runway.

As the House of Representatives narrowly passed the FAA Reauthorization Bill of 2011 by a 223 to 196 vote on April 1, Waxman managed to attach an amendment directing the Federal Aviation Administration (FAA) to cooperate with the Santa Monica City Council in addressing SMO’s “serious safety concerns.”

“The amendment I offer today is simple and straightforward. It urges the FAA to continue its discussion with the City of Santa Monica to identify a meaningful solution to address serious safety concerns at the Santa Monica Airport,” Waxman stated to the Speaker of the House.

In detailing the surrounding geographic makeup of the neighborhoods immediately adjacent to SMO, the congressman said the lack of runway safety areas could translate into disastrous results if not immediately addressed.

“Each end of the bi-directional runway is abutted by steep hills, public streets, and densely populated neighborhoods, with homes as close as 250 feet,” Waxman said. “The airport has no runway safety areas. If a plane overshot the runway or failed to lift off upon departure it could easily land in the neighborhood.”

Waxman further stated the FAA has not done enough to address the issue, hence the push for the amendment, in the hope of speeding up talks between the federal agency and City Hall. “While the FAA has had discussions with the City and presented a runway safety area proposal, its response has simply fallen short,“ he said. “The FAA has acknowledged that its proposal is both insufficient to stop larger jets from an overrun and inadequate to prevent overshoots involving smaller planes.”

The amendment apparently is consistent with the spirit of FAA Reauthorization Bill of 2011 as a whole, which Craig Fuller, president of the AOPA, testified was intent on promoting airport safety and modernization.

Both the FAA and Santa Monica’s City Council have been on contentious terms in the last four years. Three years ago, the FAA backed off from its offer to build an “engineered material arresting system” on one side of the runway to prevent almost all aircraft with errant takeoffs from potentially crashing into the surrounding neighborhoods. In early 2008, relations between the two governmental boards iced even more when the Santa Monica City Council passed an ordinance banning large jets at SMO; the FAA responded with an injunction. One year later, Waxman reportedly pushed for an amendment similar to the one included in the FAA Reauthorization Bill of 2011, but failed to garner enough support.

“Santa Monica’s consistent efforts working with Congress and the FAA will pay off in 2015,” said Santa Monica City Council member Kevin McKeown in an e-mail to the Mirror, “and I look forward to the public process we’ve begun to seek consensus on a more resident-friendly future for the Airport.”