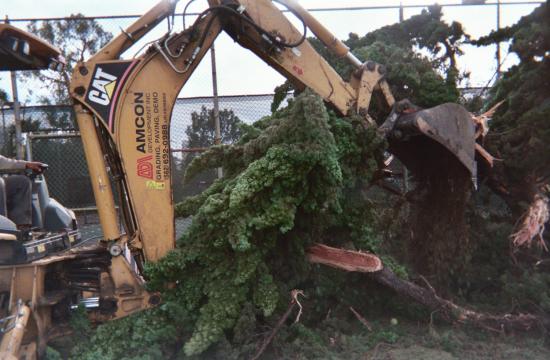 Emails flooded the Santa Monica City Council at the sound of a bulldozer at Reed Park.

The trees, planted in 1999, according to City Councilman Bob Holbrook, have been reported as unhealthy and are being removed as part of the remodeling of the park.

But Cosmo Bua, board president of Treesavers, believes it is unnecessary to remove the trees.