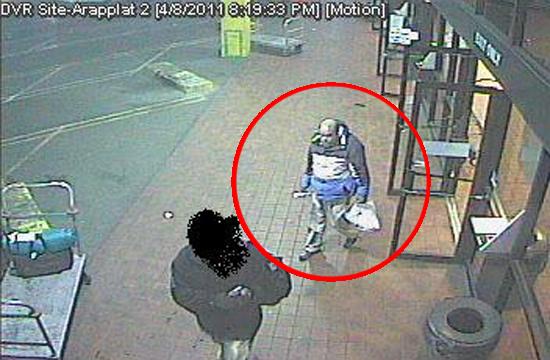 Following an appearance in a Cleveland, Ohio court, the man arrested there in connection to an explosion at a Santa Monica synagogue has indicated his willingness to return to California to face charges.

Ron Hirsch, aka Israel Fisher, was arrested in Ohio following a nationwide search. During the investigation of the explosion, police determined Hirsch was connected to a device that caused the blast, but on the day of the incident he boarded a bus to New York and was last seen disembarking at a Denver bus station. The Los Angeles Times reported that Hirsch was arrested near Chabad house in the Ohio city of Cleveland Heights.

Los Angeles County prosecutors filed four felony charges against Hirsch in U.S. District Court in Los Angeles on April 12. The charges include federally unlawful flight to avoid prosecution for damaging or destroying any building or other real or personal property, possession of a destructive device, and exposition with intent to murder.

The Associated Press reported that the 60-year-old transient waived a detention hearing on the afternoon of April 13 in Cleveland. No plea was entered on a federal fugitive count, and Associated Press also reported that defense attorney Daniel Chaplin said Hirsch maintains his innocence and will fight the California charges.

Hirsch is the primary suspect and believed to be responsible for an explosion on April 7 that blasted a four-foot long, 300-pound steel pipe 25 feet into the air before crashing through the roof of a residence located next to the Chabad House Lubavitch of Santa Monica, a synagogue located at 1428 17th Street. The blast also reportedly blew out windows of the Jewish school and place of worship. Police evacuated a four-block area following the explosion. The Los Angeles Times has reported that a receipt was found at the scene of the explosion linking Hirsch to the device that caused the blast.

Authorities have said that Hirsch was known to have frequented synagogues and jewish community centers in search of handouts. The Los Angeles Times reported that other Jewish centers he frequented included the Congregation Bais Yehuda on North La Brea Avenue in Los Angeles. Santa Monica Police Sgt. Jay Trisler said that no known motive has been yet determined. Whether Hirsch was targeting the Chabad House Lubavitch remains to be seen.

Anyone with information on this case is encouraged to contact the authorities. If you wish to remain anonymous, you can call WeTip at 1.800.782.7463, or submit the tip online at www.wetip.com. You will remain completely anonymous and may be eligible for a reward, up to $1,000, if your information leads to an arrest and conviction.