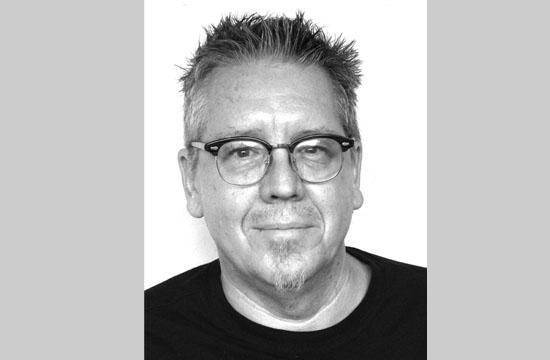 Richie Havens used to sing a little song underneath TV ads for Amtrak years ago, and the repeating chorus idea was “There’s something about a train…” which at that time might have engendered the response “Yes, it’s slow and it’s late.” Still, compare safely rolling along on the earth’s surface to the experience of suddenly having a hole appear in the roof of your 737 airliner that forces an unpleasant landing in Yuma.

There are other great things about trains, and I hope our city is ready to embrace and appreciate those things as Santa Monica moves closer to having an Expo light rail line. Last week as reported in the Mirror, the board of directors of the Expo Construction Authority approved a pair of agreements and signed off on a design-build contract, all actions moving us closer to having a train to our city.

Let’s get up in the grill of one possible hang-up right now, and that is the notion that a light rail line will in any way solve or cure traffic problems. I can hear people dismissing this from across a busy street; a street jammed with traffic. There will of course be an impact on traffic, but what I think makes light rail imperative is that it works to ameliorate traffic by offering an alternative that makes affordable and practical sense. Government and voters need to embrace light rail at that level because, until they perfect that “Beam me up, Scotty” technology on “Star Trek”… it’s what we have. A possible comparison might be someone saying, “No amount of recycling will stop the production of solid waste.” What we’ve done is to inculcate recycling to the point that it has become a cultural value; a good habit. And that matters.

Full disclosure: I like trains. Because of the distance involved in seeing my family, I don’t get to ride them as often as I’d like. When I was a kid my father and I built model train layouts in the basement. My father drove our entire family from Milwaukee to Chicago one day because I had mentioned never riding on a subway or elevated train of the sort they have in the Windy City. My Dad was big on trains, and thought that our country was blowing it by neglecting its railway tracks because they might be desperately needed one day if America was attacked and needed the logistical help railroads offer. My sister is an advocate of a plan to move snowfall from states that have snow pack to states that suffer droughts… by rail. Admittedly, she hasn’t got all the kinks out but it makes for lively dinner conversations.

Trains are public and we are losing our public experiences as the country becomes more divided by economic class. While riding light rail, you can text or compute and not kill someone with your car. You might read a book or have a conversation with a stranger that leads to even a small but significant new understanding. You might look out the window and relax, which then leads to an epiphany that causes you to make up with your boyfriend or girlfriend. You might meet your new boyfriend or girlfriend on a train. You might have your fiancé fall to his knees and present you with a ring… and then later give birth to the first child of your family—Okay, you get the idea. Trains are pleasant and good for us as a society.

Then there are the energy aspects, which are significant. Trains roll on steel wheels, and once you get them going they are thrifty on energy. If you drive a truck across the country, you would likely use three times the energy you would use if you loaded the trailer or container in your truck onto a train and sent it to the same destination. Light rail, heavy rail and commuter rail all carry thousands of daily commuters for a fraction of the energy it would take to move those same numbers by automobile. In cities with train transportation, shutting down even a portion of that system would create gridlock throughout the local road system. Or as we were arguing earlier, the building of rail systems at least works to relieve said gridlock.

The building of light rail systems also contributes to something of a public transportation renaissance. The auto industry moved to crush public transit in the late 40s and early 50s so that cars would become the preeminent means of transportation in America. Good for auto makers, tire makers, highway builders, and of course oil. Now that green is good, trains are back.

It always feels like we used to do a greater amount of sensible thinking and planning in our past, and not so much in our present and future. But supporting light rail into Santa Monica will demonstrate that we can look to tomorrow and plan just as we used to. Not that you need me to rub it in, but a greater number of citizens are getting older and they should have a way to get around that doesn’t put bad eyesight and slow reaction times behind the wheel of a two-ton car. Instead of seeking the isolation of our individual autos on a jammed and ironically named “freeway,” public transportation can remind us that we’re a democracy that can interact and ride a train together. All aboard, Santa Monica.