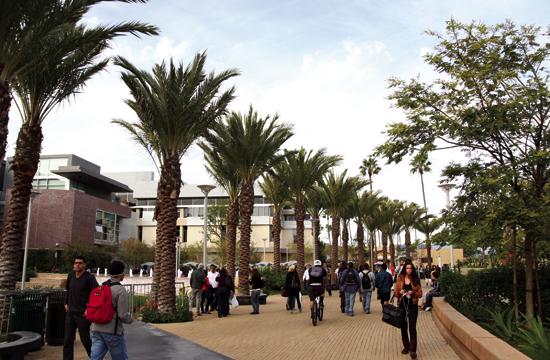 For the past two years Santa Monica College (SMC) has been able to maintain most of its services, class offerings, and employee benefits despite the on-going state budget crisis. However, at the April 5 SMC Board of Trustees meeting, Robert Isomoto, SMC’s vice president of business/administration noted “as the probability of an all cuts budget increases its time to begin a serious discussion on the very real fiscal challenge that lies ahead. This is the worst budgetary crisis in the history of the California community colleges.”

An all cuts budget is now on the table because last week Governor Jerry Brown ended his negotiations for a bi-partisan budget plan which would of placed tax extensions on the June Ballot. For planning purposes explained Isomoto, the college is working with $10 million cut. He added “currently, there’s a lot of uncertainty about the budget and the possibility of the tax measures on the November ballot only prolongs this uncertainty.” He expects that the next official budget announcement will come when the Governor presents his May revised budget.

SMC’s President/Superintendent Chui Tsang echoed Isomoto during his discussion of his recent visit to lobby in Sacramento. “We didn’t get any assurances. We don’t know what the reductions are that we will have to make. There doesn’t seem to be any solutions at this time.”

Tsang also mentioned that Assemblywoman Julia Brownley whose district includes Santa Monica was sponsoring AB515 – a bill that would allow SMC to have an extension program. If the bill is approved college officials believe these class offerings and the revenues generated from them could help the college deal with some of the cuts made by the state to their programs.

In a related action, the Board approved five new non-credit physical education courses for SMC’s Emeritus College. These courses will now be evaluated by the California Community College Chancellor’s Office. A response is expected from the Chancellor’s office in 45 – 60 days. This action was taken because the state decided to not fund Emeritus’ current health and conditioning classes for this fiscal year. The basis for the decision was that Title 5 of California’s Code of Regulations which governs higher education in California specifies, “No state aid or apportionment may be claimed on account of the attendance of students in non-credit classes in dancing or recreational physical education.” These classes were misclassified under the Title 5 classification 30 years ago when the college began. The rewritten curriculums more closely align these classes under health and safety guidelines rather than for activity.