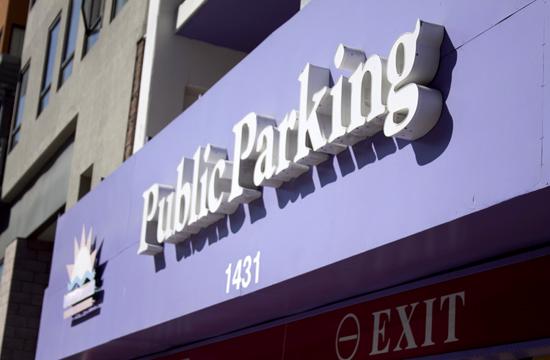 The Santa Monica City Council reversed a planning commission decision by approving a permit on an appeal for the revamping of Parking Structure 6 on Second Street in downtown. In a separate but similar matter heard after the appeal, council members also provided input and made a recommendation to City staff to move forward with the design development for Parking Structure 6.

With the two decisions, City staff will move forward with its planned renovation of the Parking Structure 6 facility, which would expand to an 11-storey building with 748 parking slots (up from 342 spaces in the current facility). Other amenities include 90 spots for bicycle parking, rooftop solar cells, storage space for the Farmers’ Market, office space, and a unique staircase on the face of the structure, offering expansive ocean views at higher elevations.

The substation for the Santa Monica Police Department, which has office space in the current Structure 6, will not be included in the revamped structure and may instead be moved to a kiosk on the Third Street Promenade.

“This particular project was prioritized to support the interim parking plan and to reduce the overlap with the proposed demolition of Parking Structure No. 3, which is on Fourth Street,” Bar-El told the council. “There is an 18 to 21 month construction period for this project. This fits into the overall phasing of projects. It’s the first project to support the phasing of other downtown and Civic Center parking projects.”

With more than 300 parking spaces being eliminated as a result, those attending Tuesday’s council meeting were concerned about the prospects of two structures being out of commission, despite an increasing demand to park in the area.

Staff did not inform the council when exactly Structure 6 would be operational, or whether it would be completed prior to the demolition of Structure 3. Just the same, the council was not in a position to alleviate residential and business concerns about a possibility of two parking structures simultaneously out of commission, as neither a timeline nor estimated completion date were not available at the April 26 meeting.

Still, residents and downtown area business owners alike urged the board to find some way to have Structure 6 up and running before the demolition of Structure 3.

“Parking Structure 6 has to be open prior to the closure of Parking Structure 3,” Peggy Malloy, manager of Babette, a woman’s clothing boutique across from Structure 3, pleaded to council members. “It would be an unbearable burden on the business community, and the public.”

Despite the pleads for efficient management of parking structures during the downtown revitalization process, the council remained focused on the appeal presented on the agenda.

At issue were several concerns by planning commissioners, including whether parking would be too concentrated in the south side of the Third Street Promenade and downtown area, which could potentially lead to significantly increased traffic there.

“Why are we spending millions of public dollars to build an 11-and-a-half storey parking structure?” Planning Commissioner Chair Jim Ries asked the council during the public speaking portion of the item on the agenda. “Less parking in that structure and more evenly dispersed parking is the main thing we haven’t seen addressed.”

Finally, the commission, which denied the conditional use permit for Structure 6 at its March 2 meeting, was also concerned with egress.

“I’d like to see egress lanes out through the alley, and let’s see the design on the back,” Ries recommended to the council.

Ries also stated he hoped for something more than an assurance the structure’s new design would feature more art and improved aesthetic appeal; he told council members he wanted to see an actual design.

“We heard today they are going to take a look at art use on the back (of the structure). Well, we heard that at (the) planning commission,” Ries said. “We wanted a little more. We didn’t want to hear ‘Yeah, we’re thinking about doing this.’ We actually wanted to see the design.”

On the dais, Council member Bobby Shriver, who was the only dissenting vote on the appeal, said the concerns of Ries and the planning commission as a whole were valid. Shriver was specifically concerned with egress and with floor area ratio. He also stated the structure should feature more artwork to improve its overall aesthetic appeal.

“To get to the planning commission to get the suggestion that there should be two exit lanes out of such an enormous structure makes me wonder how much thinking went into this structure,” Shriver stated during council discussion.

During its presentation and in response to the planning commission’s concerns, City staff members assured both the commission and the council it would include prominent artwork along the higher portions of the structure that would be visible from the Third Street Promenade. Even more, in hopes to address the concerns about egress, Bar-El’s stated in her staff presentation that the structure would be reconfigured to feature two exit lanes and one entry (whereas the opposite model was presented to the planning commission).

“We still feel there is need for attention to the aesthetics of this building,” McKeown stated, adding a simple solution could be to add artistic appeal only to the portions of the structure that are visible to the public. “I think there has been a lack of equity from the four sides. I think we made a commitment in this city that we do four-sided buildings, not one-sided façades.”

McKeown also agreed with the sense of urgency demonstrated by residents and downtown area business owners to complete the renovated Structure 6 prior to the demolition of Structure 3.

“Expedite this and let’s get it built so before we get to the point of Structure 3 we have this ready and we’re not creating a hardship,” McKeown said.