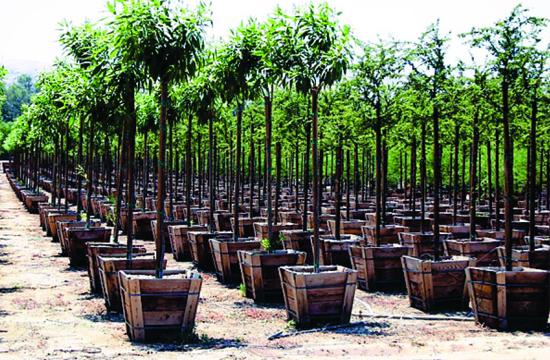 While the San Gabriel, Crescenta, and Pomona Valleys may have an edge in proclaiming themselves one of the most arbor-friendly locales in Southern California, the City of Santa Monica is hoping to plant the seeds of what would add the Westside to that shortlist.

The city hopes to construct “Santa Monica’s Next Great Park” in the form of an arboretum.

The Recreation and Parks Commission and the Urban Forest Master Plan Task Force co-hosted a public forum on May 17 at Virginia Avenue Park to present “The City as Arboretum,” a developing game plan that hopes to make Santa Monica one of the most tree-friendly municipalities in the world.

About 30 residents from Santa Monica and surrounding communities attended the forum to express their support for the potential development of an arboretum in the city, similar to dedicated tree spaces in Arcadia (The Arboretum), La Cañada Flintridge (Descanso Gardens), and Claremont (John R. Rodman Arboretum at Pitzer College).

Whereas the arboretums in Arcadia, Claremont, and La Cañada Flintridge are confined to a dedicated portion of land within each respective municipality, Santa Monica aspires to make the entire city “a botanical garden devoted to trees.”

“We propose Santa Monica to be the first city to embrace an arboretum as a citywide unique feature of our urban environment,” Recreation and Parks Commissioners Dryden Helgoe and Richard McKinnon wrote in a presentation they shared with the public forum’s attendees. “The hub of the Arboretum will radiate out through the trees lining our city streets into the parks currently scattered throughout the city. It will also embrace and change the landscape of the 10 Freeway.”

Slightly different from a park, arboretums are a specific type of botanical garden containing specialist collections of plants. They typically organize and display the trees by region or by plant families.

Both Helgoe and McKinnon believe a citywide arboretum would add a new dimension to Santa Monica, which is already home to popular beaches, boutique shops, and fine dining on Main Street and Montana Avenue, the Third Street Promenade, and the Santa Monica Pier.

“Why shouldn’t our city and its residents also have the absolute latest in leading edge natural environments to promote biodiversity, showcase nature, and bring a completely different experience into people’s lives?” Helgoe questioned in the presentation she shared with the forum’s attendees. “An arboretum will completely revolutionize the way people think about trees in an urban environment in Santa Monica and lead to an explosion of different and more extensive gardens and tree forms.”

David Brown, executive director of Descanso Gardens, also spoke at the public forum. He made a few friendly suggestions for how Santa Monica could take full advantage of becoming an arbor-themed municipality.

“What’s the poetry of this project that others might latch on to,” Brown asked. “When you say ‘nature’ to someone, it means something very specific and very special, but it doesn’t mean the same thing to everyone.”

There was a question and answer session at the end of the forum, where participants posed specific inquiries about tree culture and how the arboretum could best interact with local residents.

The concept for a citywide arboretum was first developed in late 2010, when both the Recreation and Parks Commission and the Urban Forest Master Plan Task Force blessed the future green thumb project, which is expected to take several years to develop.

On March 18, The Recreation and Parks Commission allocated funding to support an arboretum symposium, which gained a co-sponsor five days later in the Urban Forest Master Plan Task Force.