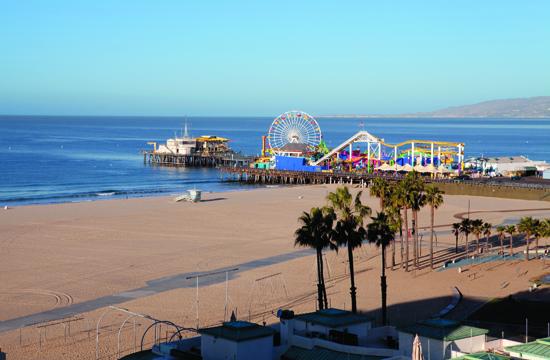 Heal The Bay, the Santa Monica-based environmental organization, has been issuing report cards for beach water quality for 21 years. Water quality is assessed based on samples collected through regular monitoring of beaches throughout the state.

Heal the Bay’s analysts assigned A through F letter grades to 92 L.A. County beaches during the dry-weather periods from March 2010 to April 2011. The assessments were based on weekly samples of bacterial pollution. This year’s report had 75 percent of the beaches receiving A or B grades in contrast to 80 percent of beaches with A or B grades last year. The probable cause for the decline can be attributed to, among other factors, higher than usual rainfall totals during the reporting period.

Overall, wet weather water quality in L.A. County showed poor results, with only 25 of 87 beaches (29 percent) receiving A or B grades compared to 50 percent last year.

The condition of water around parts of Malibu was poor during dry weather at all times of the year. Paradise Cove and Solstice Canyon at Surfrider Beach earned F grades; Marie Canyon storm drain scored a D; Surfrider and Topanga beaches received Fs.

Attempts have been made to improve Malibu water quality with the installation of a new wastewater treatment facility and sewers at the Paradise Cove Mobile Home Park, and a new runoff facility at the bottom of the watershed. While similar facilities have yielded good results at Santa Monica Pier, the Malibu facilities may have been handicapped by kelp wrack and algae that Heal the Bay has observed at the outflow of the treated water.

However, the overall quality of Santa Monica Bay beaches during the summer was excellent. Ninety-one percent of the beaches from Palos Verdes to Leo Carillo Beach received A or B grades, the same percentage as last year, and a better figure than the 7-year average of 82 percent.

Santa Monica Pier is a notable success story when it comes to recent Heal the Bay report cards. Thanks to the runoff diversion project and storm drain replacements paid for by funds from Measure V, passed in 2006, water quality around the Pier has received improved grades (A grades during both year-round dry weather and the summer dry time period). Santa Monica Pier has consequently been removed from the report card’s list of “Top Ten Beach Bummers.”

Another factor that might be affecting grades is the reduction of funds due to Governor Schwarzenegger’s 2008 line-item veto of state beach monitoring funds. Some local governments have found temporary funding sources to cover the cost of monitoring. At this time, there is no secured state funding for ongoing testing of ocean water quality for 2012, a situation that could put an end to over half of the beach monitoring in the state.

The full report card can be read at healthebay.org