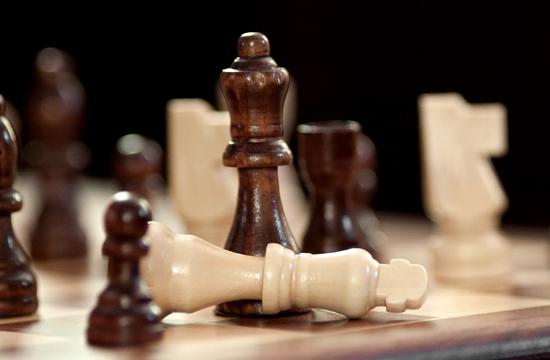 The writing may have already been on the wall for the Santa Monica Public Library’s chess program when it lost its home at the Fairview branch due to budget cuts. The chess program recently suffered another loss, nearly 18 months after the move to the Ocean Park branch, when its leader and visionary Mel Bloch was “let go” from the library.

No official reason has been given for the administrative move, other than the decision to let Bloch go was merely a “personnel matter.”

“There has never been a fight in the seven years that I have run the program. You would literally see an 80-year-old lady being taught chess by a 6-year-old boy,” Bloch said. “This program accomplished through community involvement everything you would want. That was one of the best programs ever run at [Santa Monica Public Library (SMPL)]… and people knew it. The program far exceeded its original purpose.”

According to City Librarian Greg Mullen, Myleen DeJesus, a youth services librarian, will now oversee the chess program. She has conducted the Wednesday afternoon program since Bloch’s departure.

“It is our intent to continue to offer a chess program at Ocean Park, though there may be some changes with the new coordinator. The change was a result of a personnel matter, not a budget issue,” Mullen said. “A number of the participants have told us how much they appreciate the program and how they have benefited from their experience with chess.”

Mullen also explained he understood why supporters of the chess program may not be so thrilled about losing Bloch.

“There is a tendency for a program to become associated with the person who manages it and for relationships to form between the coordinator and regular participants. We understand that this can make change difficult,” Mullen said. “However, we are committed to offering a chess program to the community for the foreseeable future and hope that the players and volunteers appreciate our efforts to work with them to make the program even better.”

One of the chess program’s participants voiced her disdain for Bloch’s dismissal.

“This program taught me important values that will follow me throughout my life, including the value of giving back,” Jenny White, a sophomore at SaMoHi, wrote in an e-mail. “I would soon teach many other aspiring chess students and learn more along the way. This program had an open, friendly environment that welcomed everyone. I am disappointed to see the corrupted library destroy its most valuable program.”

“Not just any youth services librarian can run a program such as Mel’s,” resident Judy Blume stated in an email to the council. “He and his volunteers were knowledgeable, passionate, and good teachers of chess.”

While the community has expressed concern to council members, no indications have been made as to whether the elected board would consider Bloch’s dismissal in any capacity during its regularly scheduled meetings. Blume’s e-mails, along with batches more, were also sent to the editorial desk of the Mirror. The outpouring of letters to the editor on this topic has been one of the most voluminous received by the current editorial staff.

A free program for several years now, the weekly chess program has been of steady interest to many local students. Originally hosted at the Virginia Avenue Branch, the chess program moved to the Fairview Branch Library before budgetary restrictions and staffing concerns there prompted officials to pare down the chess club and move it to the Ocean Park Branch Library in 2009.

According to the SMPL, the chess program is still operating on a weekly basis on Wednesdays from 3 p.m. to 6 p.m.