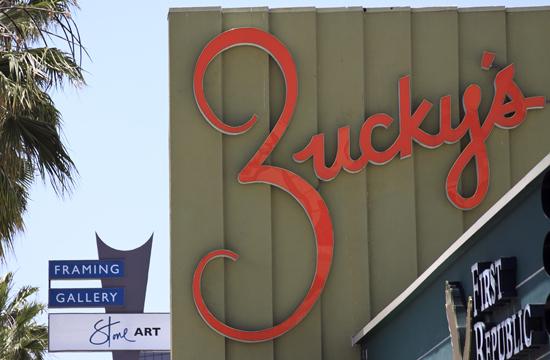 City council members amended Santa Monica’s municipal code at its May 10 meeting to allow businesses more flexibility to display signs on buildings such as reader boards and projecting signs, but also directed staff to explore restrictions on outdoor vendors along sidewalks in high traffic districts, such as Main Street, without violating state and federal court applications of the First Amendment on the issue.

With the newly amended ordinance, business would be allowed to use different sign types or increased signage “to create a greater identity” and potentially attract more customers. But it was not long before the discussion of signage entered into prickly territory. City Attorney Marsha Jones Moutrie reminded the council of certain legal considerations directly limiting the council’s ability to permit a business the opportunity to promote its product or service via physical visuals.

“This is one of those instances where the law and perhaps our desire to help some of our local small businesses are coming into a bit of conflict,” said Mayor Pro Tem Gleam Davis was sympathetic to business interests.

Specifically, Moutrie cited case law from the Ninth Circuit Court of Appeals, a federal judiciary, has ruled the First Amendment must be equally applied to any and all signs used as a function of free speech or expression in a public place. Accordingly, the council could not endorse an amendment or ordinance allowing for certain signs to be displayed but not others.

“Once you have a law that allows people to put signs on sidewalks, you can’t pick and choose which people put which signs,” Moutrie said. “You can’t regulate by content and you can’t favor commercial over noncommercial uses of signage on the sidewalk. It’s a particularly unforgiving area of constitutional law that particularly limits the power of local legislative bodies.”

Main Street served as the central thoroughfare of discussion at the council meeting, as the pedestrian right-of-way continues to win out over the use of portable sidewalk signs there.

Several local businesses that would be directly affected by any signage changes attended the meeting and urged the board to work with them as much as possible on the issue. It was argued by allowing greater liberties with sign usage and outdoor vending, local businesses would directly benefit businesses from increased visibility, as more customers would visit each establishment. With that small business owners argued that increased revenues would help weathering the current economic climate.

Gary Gordon, executive director of the Main Street Improvement Association, said vendors along Main Street greatly benefited in such a way from portable signs and merchandise being displayed out in public that it made it easier for them to endure the recent recession.

However, Mayor Richard Bloom thought the ordinance, while not satisfying every whim of local business owners, was still beneficial to vendors and merchants.

“I think this ordinance really does provide, even though it does not give the merchants everything they are looking for, some very important, new things that merchants can do to help advertise their property,” Bloom said. “I think the addition of blade signs on Main Street could really make a big difference.”

The outdoor sale of merchandise will be considered by staff and may potentially be heard at a later date by the council.