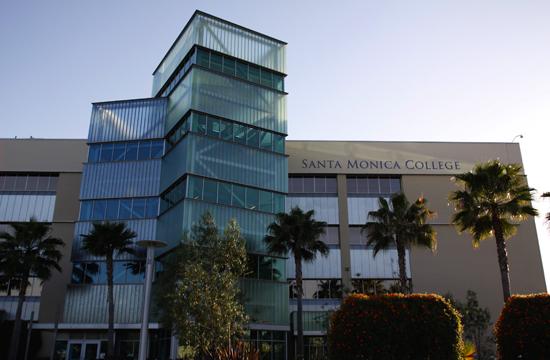 Uncertainty about budget cuts for the 2011-2012 academic year and past budget cuts has shaped a tense atmosphere at Santa Monica College (SMC) for instructors and the students. Instructors are worried about their job security and some students are finding themselves shut out of needed classes.

The Mirror had the opportunity to sit down with the some of the members of the Santa Monica College Faculty Association (SMCFA) to discuss the budget crisis. All of these association officers interact daily with students.

SMCFA President Mitra Moassessi told the Mirror the strain of the budget cuts is beginning to show. On the first day of classes students who could not enroll in needed classes ahead of time line up and beg instructors to take them.

“The stress level for everybody is up. All faculty take as many students as we can but we are still turning too many away,” said Moassessi. “Some students are attending multiple institutions (community colleges) in order to get classes.”

Moassessi said the faculty’s budget committee submitted a long list of budget saving ideas to the administration and revenue ideas because they believe cutting classes should be the last option.

Tracey Ellis, who is a member of the English as a Second Language Faculty and is the faculty association’s conciliator, said the stories she has heard from students who wish to add classes have been heart wrenching.

SMC has some of the largest class sizes in the community college system, noted Howard Stahl, the association’s chief negotiator. “The vast majority of students [who attend SMC] are not well prepared,” he said, adding that many of them need more individualized attention so the increase in class size has caused their education to be diluted. “This is not a good time to be a student.”

Students also used to drop more classes but now the slogan on campus is “don’t shop, don’t drop” because students don’t know if they will be able to get that class again.

The association’s vice-president, Sandi Burnett, said completing college in four years won’t be possible anymore for many students because of the difficulty getting classes and/or transferring to a California State University or the University of California because they are taking fewer students – another symptom of the same budget crisis.

Kymberlyn McBride, the association’s part-time committee chair and a nursing readiness counselor, pointed out that the school’s counselors have already been severely cut because a lot of them are part-timers. This has meant the remaining counselors cannot meet the needs of all students.

The outlook for the 2011-2012 academic school year and beyond is even bleaker. The college is planning a summer session that is going to offer one-third less classes this year than last year’s summer session. The offerings for fall and spring semester will be pared down 5 percent or even 10 percent compared to this year’s fall and spring semesters and there will be no winter session.

The Assemblywoman then explained that Governor Jerry Brown has proposed a budget deficit solution earlier this year of half cuts and half revenues as part of a three-fold strategy. The parts of the strategy are to clearly lay-out out to the public how deep slashed state services already are, she said, as well as to discuss how much more devastating the next round of cuts will be, and give voters the choice of reinstating certain taxes.

On March 16 “the Democrats voted on a full array of budget cuts,” continued Brownley who is the chair of the State Assembly’s Education Committee. Higher education was particularly hard hit. A $500 million cut was made to both the University of California (UC) and California State University (CSU) budgets. For UC this will mean turning away 20,000 to 30,000 qualified students and increasing their tuition $1,000 per year. For the CSUs the cut meant turning away 15,000 qualified students on top of the 30,000 students previously turned away and a tuition increase. For the community colleges a $400 million cut was made which translated into an increase of fees from $26 per unit to $36 per unit and the turning away of thousands of students at a time of high demand. Whenever the economy takes a downturn, demand for community college classes goes up, Browley said. She also painted a grim picture for higher education if an all-cuts budget would have to be implemented. This would occur if the voters don’t approve reinstating the taxes in the fall. This might mean cutting out all research at UC except at Berkeley and UCLA. For the CSU system it could mean the closing of a campus. It would also cause students to take more time to graduate and there would have to be furloughs for faculty and staff. Additionally, “for the first time students [at these schools] would have to pay more for their tuition than the state does.”

At the community colleges fees would have to jump from $36 per unit to $66 and at least 400,000 students would be turned away. There would be catastrophic course reductions, no winter or summer sessions or athletics.

By mirrormmg May 5, 2011
in Uncategorized
Related Posts