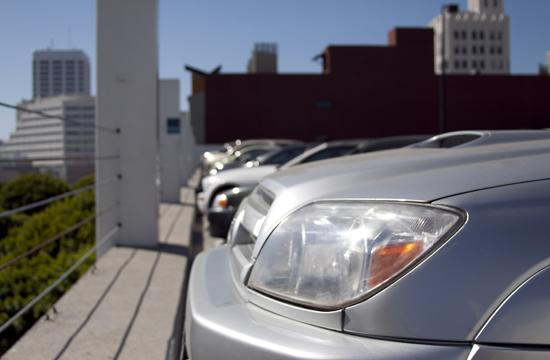 When motorists get parking tickets in Santa Monica, some pay for their tickets within the allotted time while others decide to contest their citations through a process that is mandated by state law. In 2010 the City of Santa Monica collected nearly $16.5 million in revenue from parking fines. In 2006 that figure was more than $13.6 million – an increase of about $715,000 a year on average.

The state law for contesting tickets changed in 2008. Those changes took effect in January 2009. The current process includes an initial review of the correspondence from the person who received the ticket by the City’s parking violations office. This correspondence must include the reasons why the individual believes they were inappropriately ticketed. It must be submitted within 21 days after the ticket was issued.

However, the parking fine does not have to be submitted. The person then receives a letter, which includes a decision on the initial review. If the individual’s reasons are found valid, the letter states the ticket’s dismissal. If the reasons are found invalid, the law requires that a statement be provided explaining why the ticket is not being dismissed. The ticket holder then has the option to appeal a second time if their ticket is not dismissed.

In 2010, according to the Santa Monica City attorney’s office and the finance department, the Santa Monica Police Department issued 288,092 parking citations of which 20,307 of were contested.

In February of 2011, Santa Monica resident Harriet Epstein received a parking ticket and decided to appeal it. She wrote a letter to the City’s parking violations office explaining why she believed she should not have received the ticket. She then received a computer-generated letter that stated the result for the initial review. Her citation was not dismissed and there were no reasons given. The letter just stated, “The review has confirmed that the citation was properly issued and is valid. The reason given does not invalidate the citation.”

Epstein appealed again by going to an administrative hearing. Her husband, attorney Stan Epstein, attended the hearing as her legal representative. After the hearing, she received a letter saying that the citation was valid, but no explanation of why her citation could not be dismissed was given.

Stan Epstein then complained. He said he pointed out that the City was not following the state mandated procedures for contesting parking citations by not giving specific reasons why the ticket was not dismissed.

Alan Seltzer from the City attorney’s office reviewed the complaint but would not speak directly to the Santa Monica Mirror about the issue. Don Patterson, the City’s business and revenues operations manager, issued a statement on May 4. Patterson said that the City attorney’s office looked over the City’s citation administrative review process and concluded the following: “Our current administrative processes and notices meet the minimum requirements of applicable state law. The City continuously reviews all of our processes in an ongoing effort to improve customer service and we have been in the process of reviewing and updating various parking related notices over the past several months.”

Before the statement was issued, Joe Lawrence from the City attorney’s office said the City’s parking review procedures “were consistent with other cities.”

Epstein reacted to the City’s statement in an e-mail to the Mirror. “The pathetic attempt by City lawyers … is a bad faith effort to support their advice in 2008 which resulted in daily conduct by the City and its processing agency that violates California law and has cost motorists millions in fines that should not have been paid to Santa Monica … Simply saying ‘the citation is valid,’ as the City does twice, gives the trier of fact no information as to what the City is saying in response to the particular claims of the motorist in each individual case,” Epstein said. “Furthermore, the motorist is assisted in deciding whether to appeal when the City provides a specific reason countering her statements.”

In an e-mail to the Mirror, Harriet Epstein said, “It’s disgraceful for the City to illegally collect parking violation fines from motorists by breaking California state law. You can’t violate the law to enforce the law. I think everyone who has ever contested a Santa Monica parking ticket and paid a fine should demand a refund.”