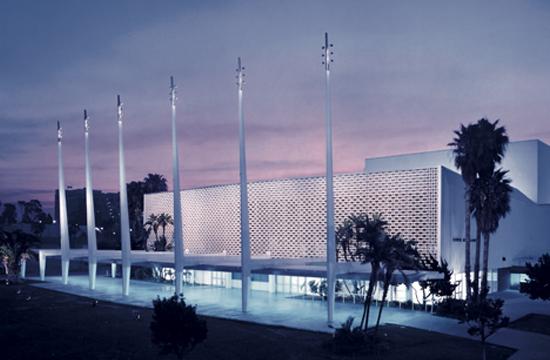 Santa Monica’s City Council, in a four to three vote, approved about $47 million of Redevelopment Agency (RDA) funds to update and renovate the civic auditorium.

Council member Terry O’Day was joined by Mayor Pro Tem Gleam Davis and Council member Bobby Shriver in casting nay votes on the contentious issue at the governing body’s May 26 meeting. The trio was overruled by four approving votes and the issue was settled.

Originally, the funding allocation was tabled from the council’s May 24 meeting, when the six present members could not agree on whether the $47 million at stake should be applied to the civic auditorium or instead another development project, such as Parking Structure 6.

It was suggested on May 24, the first day of a three-day budget workshop, that the civic auditorium issue be tabled for two days as O’Day was not in attendance to provide input; a few council members also wanted additional time to consider the issue further and recommended staff to provide some funding alternatives within 48 hours for the board as a whole to consider.

Staff returned with alternatives and recommendations for the council, with City Manager Rod Gould ultimately suggesting the governing body go forward with the civic auditorium plan.

“We think your best bet is to reinvest in the civic auditorium this evening,” Gould said.

Gould extended his recommendation to add several key points for the council to consider in weighing its options of whether to move forward in providing funding for the civic auditorium’s renovation and revitalization.

For example, even with an upgrade the venue’s operation would take an annual loss of about $1 million, but could infuse as much as $18 million in additional revenue into the local commerce. Maintaining the status quo, Gould said, would not only be more expensive, but it would not include the potential of an additional windfall for local businesses as well.

Just the same, the $47 million price tag would also maintain its landmark status, maintain current staff levels, bring the facility up to seismic code while also meeting the latest disability requirements, and allow for the venue to reprogram its annual lineup with top-notch cultural events and performances.

Overall, the council’s options included: doing nothing; mothball (and/or potentially demolish) the facility; spend $25 million to bring the auditorium up to seismic and disability codes; approve the $47 million plan to update the structure both aesthetically and to code; or, most ambitiously, move forward with plans to include an on-site museum facility, upping the price tag closer to $80 million.

Council member Kevin McKeown made the motion to approve the $47 million in RDA funding to update and revitalize the civic auditorium.

“Likely, any investment you are going to make is going to have a lifetime of at least 30, 40, perhaps more years,” Economic Development Director Andy Agle told the council. “It’s actually quite an asset to the City.”

A local resident agreed with Agle’s take on the civic. “If it were upgraded to the modern facility, we could bring in major concerts. If we can have the large civic hall … we can make Santa Monica the city of classical music by the sea. At the very least, retain it as it is,” D’Lynn Waldron, a 44-year Santa Monica resident, told the council during the public forum, in which local residents overwhelmingly supported a reactivation of the civic auditorium.

Council member Terry O’Day was concerned, however, about “protecting the funds that are available to the City as best we can … and preserving the ability of the City to fund its priorities.” He further stated: “The civic auditorium is important to us and it is one of those priorities, but not if the area around (it) doesn’t work because we ran out of money to make it work. What we haven’t had in mind, necessarily, is this question of what to we do if we have a whole lot less RDA funding, or if we have a substantial risk hanging over our head from the state.”

O’Day, who made a substitute motion to direct the money in question to Parking Structure 6 instead of the auditorium, was specifically addressing the prospects of Santa Monica (and all other municipalities) losing out on RDA funding should California Gov. Jerry Brown’s proposal to nix redevelopment agencies (and instead redirect such monies to other government-run entities) be approved by state senators and assembly members.

Further, O’Day stressed not only did he believe the civic auditorium was important to Santa Monica, but also that shifting the $47 million to the construction of Parking Structure 6 may actually be better for the cultural and arts venue in the long run, especially since the City may be able to minimize financial risks in tactfully selecting which projects to develop when.

“The interest is to preserve these funds and their flexibility. The staff report has an option in there that I think best does that, and that is to fund Parking Structure 6,” O’Day said, adding such an option could minimize risks and better help fund the civic auditorium’s upgrades.

Shriver, who voted with O’Day both on the substitute and main motions, said the civic auditorium is really in no serious jeopardy. Instead, the council may be rushed into making frugal decisions about how best to spend money on redevelopment projects because of Brown’s proposal to eliminate RDA funds.

“Somehow people feel the civic center will be destroyed tonight,” Shriver said. “The only reason we’re here tonight is because of Jerry Brown. If he was not trying to take the RDA funding, we would not be here. We are here tonight spending money fast … because the funds are under threat. We are not condemning, we are not neglecting our stewardship, we are not destroying a landmark, nor are we destroying people’s memories of the Academy Awards or rock-and-roll.”

Providing support to O’Day’s notion of the risks involved, Shriver added Santa Monica would open itself to significantly higher financial risks in approving civic auditorium funding on May 26 instead of waiting until a later council meeting. “(The Nederlander is) not at any financial risk in this deal, at all. The City is at complete risk on the money,” Shriver candidly said.

His motion back on the table, McKeown had said prior to O’Day’s substitute motion the community was aware of the risks and still indicated it did not want to wait any longer in moving forward with the civic auditorium’s renovations. McKeown did point out he received about 40 e-mails before the Thursday meeting, each expressing support to move forward with allocating funds to the auditorium.

“This is not only a wise plan, fiscally and culturally, but one that is supported by the city, by the community. I think the civic is worth saving,” McKeown said.

Supporting McKeown was Bloom, who pointed out the council had deliberated for years about funding the civic auditorium’s renovations and such plans had pre-dated Brown’s governorship.

“This is not an emergency. The fact of the matter is, in March 2009, this council approved a request for proposal. This was not during the Brown administration,” Bloom said. “We’ve been moving very … deliberately … through a process to get to where we are now.”

Interestingly enough, Davis countered by stating the way in which the funding plans for the civic auditorium morphed since first consideration by the council in 2009 was troubling.

“This proposal, the way it is proposed, really is a relatively recent development (from when we approved the request for proposal). This is not something we have been talking about, in this configuration,” Gleam said. “This is really something that is (just now) coming to us.”