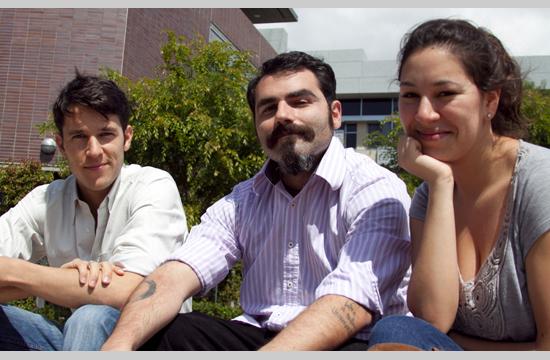 Record numbers of students voted to elect this year’s governing body of the Association of Students of Santa Monica College. The sheer enthusiasm and dedicated use of social media networking by Santa Monica College students is apparent through the 3,760 votes casted in early April, which is more than 10 percent of the student body. Universities nationwide struggle to get half that turnout.

Santa Monica College’s (SMC) association governs for the more than 30,000 students. They organize events, give out scholarships and organize the clubs on campus. Each spring the 12-member board of directors (and one student member of he school’s board of trustees) hold elections for promising young students, who strive to be elected or reelected. Many have held office in local or campus organizations.

Newly-elected Director of Financial Support Jessica Chuan called her campaign run the “most exciting experience I have had at SMC yet.” The self-proclaimed “4.0 Overachiever” used Youtube, Facebook, her personal contacts, and 3,000 campaign advertising cards proclaiming her slate in order to get the word out. She explained that enthusiasm is contagious and the student body felt the many candidates’ needs to win.

“This year’s record high voter turnout was due to the high energy of ambitious candidates,” Chuan said. “Aware of each other’s strong qualifications, we realized that winning this election would be roughly 50 percent qualification and 50 percent [advocating].”

Not to be without controversy, the record-breaking polling numbers raised eyebrows with ousted hopefuls. The election results were supposed to be posted by April 22, but were delayed due to deliberations by an election committee to discuss possibilities of election violations. One possible violation could have been unregistered voters appearing at the polls on election day. The results posted unchanged later the same day.

A member of the Green Party, the same party that is associated with Santa Monica City elections, and the Unison Party Slate, another 13-body student-run organization, Chuan ran with major support from campus political players. She is also one of at least three Santa Monicans who ran for the board. Utilizing social media, she listed her website, Facebook profile, and personal email as an extra touch on her mission statement.

Harrison Willis from Santa Monica ran and won for seat of President. Willis was endorsed by the Students United Slate, as well as being the previous AS Commissioner to the Director of Sustainability. Commissioners are appointed by directors to assist and serve on committees.

Genevieve Dezso is another Santa Monican that ran for the Director of Sustainability. Dezsco served as the Zero Waste Commissioner last year