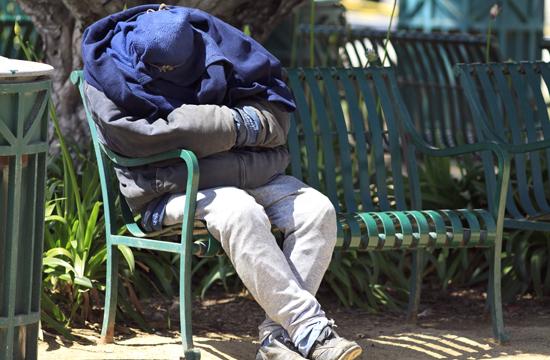 Officials in Santa Monica are considering abandoning the Los Angeles Homeless Services Authority (LAHSA) to seek federal funding independently to combat homelessness. The potential change came into question after a grim presentation to the city council on May 10, where it was reported that the agency is looking to cut housing vouchers and other allocations to the City, partly over a dispute of tracking data.

Representatives of the L.A. County Board of Supervisors and the United Way addressed the council about the United Way’s Home for Good Plan, the LAHSA Continuum of Care, and Veterans to Home – Project 60. Santa Monica officials indicated that their high success rates with addressing homelessness in recent years might preclude the City from funds it has used to get those results under LAHSA’s new funding criteria.

Santa Monica’s Human Services Administrator Setareh Yavari painted an ugly picture about LAHSA’s funding priorities and indicated it might be time for the City to consider alternatives to partnering with the organization to address homelessness locally and regionally.

“We expressed our concern regarding LAHSA’s new funding criteria, which resulted in the disqualification of the City’s two requests for additional permanent housing vouchers,” Yavari told the council. “This policy, which is LAHSA’s approach to fair share, penalizes those jurisdictions, such as Santa Monica, for investing in solutions rather than incentivizing communities to step up.”

If the City were to develop its own care program to address homelessness, it would be the fourth municipality in L.A. County to not be affiliated with LAHSA, an authority jointly administered by the county and participating cities. Santa Monica has been affiliated with LAHSA since 1993. The cities of Long Beach, Glendale, and Pasadena have chosen not to participate with LAHSA.

As part of the LAHSA Continuum of Care, the county and participating cities theoretically work together to develop long-term plans to address homelessness. The Continuum of Care is funded through the federal Housing and Urban Development Department (HUD). LAHSA applies for federal funding, and then distributes the amount it receives to the participating municipalities.

Housing vouchers are among the key benefits in receiving federal funding. Part of the rift between Santa Monica and LAHSA appears to be over such housing vouchers, with LAHSA denying vouchers to Santa Monica due to methods in which the municipality monitors and tracks the homeless people it services.

Now, the City must chose whether to continue working with LAHSA or essentially cut out the middle man by seeking federal aid on its own, and establishing a continuum of care independent of the authority and county. Yavari said the City is caught in a Catch-22 of sorts. While the City is a leading beneficiary of LAHSA’s services when it comes to Continuum of Care, Yavari pointed out Santa Monica has contributed more than its fair share into the program in return.

“Although Santa Monica and the Westside receive a significant allocation of continuum resources, we also provide the majority of the services and service infrastructure available on the Westside,” Yavari said. “Beyond the City’s investment of annual operating support, we have provided millions of dollars in capital development funds to build shelters, access centers, and permanent housing at a far greater level than jurisdictions our size… While we may appear to get more, we also contribute more to the continuum.”

However, while the City claims it is a model municipality when it comes to LAHSA’s Continuum of Care, both staff and the council pondered whether LAHSA is using Santa Monica’s homeless data tracking via the Homeless Management Information Systems (HMIS) as an excuse to cut funding or services to the region.

“Another shift in policy, LAHSA is threatening the continued viability of the City homeless management system, our database referred to as HMIS,” Yavari said. “Although LAHSA participated in the selection of our database software, and approved the use of the system in 2008, a recent meeting with LAHSA staff made it clear that (they are) rolling back on our initial agreement.”

Mayor Richard Bloom wanted to send a message to LAHSA, especially regarding data counting. He said he is open to seeking other alternatives such as forming a separate continuum of care.

“I am very concerned that here in Santa Monica we are facing a situation where we feel like we are penalized,” Bloom said. “We are having issues with LAHSA over HMIS that, I thought, frankly, have been resolved. That’s very troubling to me.”

As the homeless tracking data appears to be a point of contention with LAHSA, particularly in how to integrate Santa Monica’s data with its own, the City ends up holding the shorter end of the stick, particularly when it comes to housing vouchers. Revoking the City’s housing vouchers does not bode well for those within and around Santa Monica who rely upon the municipality’s homelessness services, especially considering the value of such services to the region, not just the City. The City’s Human Services Department reported nearly 70 percent of homeless individuals who seek assistance from Santa Monica actually hail from Los Angeles and beyond.

Should the City opt out of participating in the joint-powers authority that is LAHSA, Santa Monica would be eligible to apply to the HUD directly for federal funding. While there is no guarantee the City will receive greater benefits in providing a continuum of care independently, at the very least, Santa Monica would not have to worry about a go-between potentially interfering with funds it believes it is rightfully entitled to but does not receive due to potential rifts or disagreements.

No one from LAHSA attended the May 10 council meeting. No formal decisions spawned from this agenda item, as it was merely a presentation. Council members Bob Holbrook and Pam O’Connor were not in attendance.