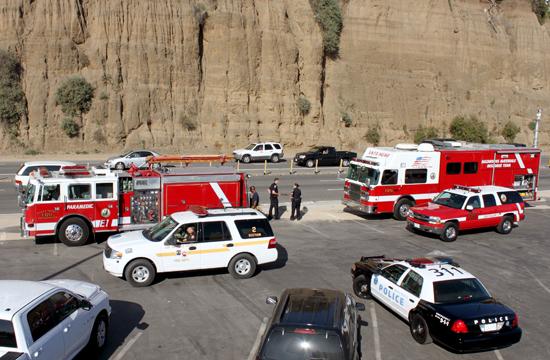 Both the Santa Monica police and fire departments have collectively sought a budget of about $200 million for the next two fiscal years according to presentations made to the Santa Monica City Council on May 25 by Police Chief Timothy Jackman and Fire Chief Scott Ferguson.

With the Santa Monica Police Department (SMPD) seeking more than $143 million for fiscal years 2011 through 2013, Jackman stressed the continuing efforts to address public safety through a new crime-fighting strategy implemented in August 2009.

Specifically, Jackman pointed out that local police officers hope to reduce significant crimes by more than 9 percent by Dec. 31, 2011 (compared to statistics one year earlier), as well as continued reductions of crime by 2 percent for calendar years 2012 and 2013. In addition to reducing crime, other (SMPD) goals include an improvement in traffic safety and circulation, reduced street homelessness, as well as decreased youth and gang violence.

Jackman said the availability of sufficient funding has helped officers work with county mental clinicians, has reduced homelessness in the city, as well as reduced youth violence by implementing an action plan on the issue and developing gang prevention units. Jackman added that a few upgrades in personnel status, specifically a promotion to supervisor-level position of certain key positions, such as lead jailer, would help cut overtime and keep costs low while also maintaining optimal efficiency.

“I want to emphasis the community effort, as police, alone, can never achieve a safe city,” Jackman said, adding involvement from both the council and residents was, and continues to be, essential to SMPD’s crime-fighting efforts. “We always recognize we are a big percentage of the general fund and want to be sure that we maximize our utilization of limited city resources in such a way that provides the best benefits to (everyone in Santa Monica).”

Anticipating a budget of nearly $61 million for fiscal years 2011 through 2013, Santa Monica Fire Department Chief Ferguson pointed out his branch has some critical aspiration during the 24-month funding period, including six-minute (or better) response times, the conducting of 2,500 additional commercial inspections, internal career development, and increased interactions with local elementary schools to teach life safety skills. But most importantly, Ferguson said the next fiscal year will realize an increase in service calls.

“Based on current data, we are on pace to run 12,700 calls this fiscal year. That’s up 8 percent from last year,” Ferguson said, adding the Los Angeles Marathon concluding in Santa Monica was one factor in increased services. “We can’t pin it down to one thing other than the fact the trend has been increasing over the past several years.”

Ferguson also added the entry of the Exposition Light Rail Line (EXPO) may have an impact on response times and protection services.

City Manager Rod Gould stated during the first day of the budget workshops that he hoped greater attention would be paid to emergency preparedness, which, of course, would involve both police and fire departments.

“The one area where I am recommending that you make an increased investment in resources is the area of emergency preparedness,” Gould said. “This is one of the few areas in which Santa Monica is not an acknowledged leader and I think we need to put more resources behind it.”