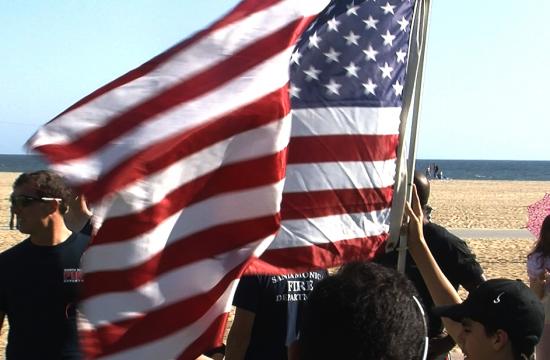 SANTA MONICA – Members of the Santa Monica Police (SMPD) and Fire Departments met with members of the Beverly Hills SWAT and the Police Activities League (PAL) to honor a fallen officer on Thursday.

Ricardo Crocker died six years ago during his military service in Iraq. He was a member of the SMPD, SWAT and PAL.

The members did a Rick WOD (workout of the day), a new training program to be done on May 26, the day Crocker died. It involved four rounds of situps, burpees (dropping to the stomach, getting up and jumping while clapping the hands over the head), a 400-meter run and a rope-climb.

The event was to remember Crocker and raise awareness for the children of the Police Activities League.