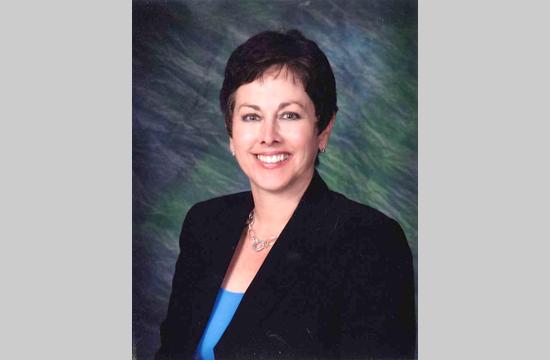 After an extensive national search, Santa Monica-Malibu Unified School District’s school board announced on May 9 that Sandra L. Lyon would become the district’s new superintendent on July 1.

“Sandy emerged as the front-runner from a group of superb and highly qualified finalists for the position,” said Board President Jose Escarce in a district press release. “Her intelligence, experience, personal warmth, focus on all students, and collaborative approach make her ideal for our schools and communities. We are thrilled that she will be assuming the leadership of our district this summer, and we look forward to working with her to make our schools better for all students.”

Lyon has been the chief leadership officer for the Palmdale Unified School District for the past two years where she focused on planning, communication, implementation, and middle school student achievement.

In an interview, Escarce said that the board “lured Lyon away from Palmdale.”

Palmdale had an enrollment in the 2009-2010 academic year of 21,296 students, almost twice SMMUSD’s enrollment during the same period of 11,723 students. Palmdale’s approved total general fund budget for the 2010-2011 academic year was $200 million, which is also almost twice that of SMMUSD’s $107 million approved general fund budget for the same time period. However, Palmdale’s budget includes fewer unrestricted revenues from local sources because they do not have a parcel tax or contributions from cities within their district like SMMUSD does.

The most striking differences between the two districts lie within other parameters. At Palmdale, the majority of the students during the 2009-2010 academic year were Hispanic (14,422 students). The next largest group was black students (3,583). Additionally there were 2,012 white students and 167 Asian students. At SMMUSD during the same year, the majority of students were white (6,120 students), with 3,197 Hispanic students, 717 black students, and 673 Asian students.

Before going to the Palmdale district, Lyon served as superintendent/principal of the Hughes-Elizabeth Lakes School District, where she helped develop and update policies, worked on labor negotiations, provided professional development, and implemented new instructional programs and practices.

The new superintendent’s other past administrative roles included director of curriculum, instruction, and assessment for the Lancaster Unified School District, a middle school principal, an elementary school principal, and as an assistant principal. She has also been a classroom teacher and an educational consultant. Prior to working in education, Lyon was a journalist in Northern California.

Lyon said she views coming to Santa Monica-Malibu as a great challenge and opportunity, and a chance to live by the beach. She said her first goal is to get aquatinted with the district.

“The connection between the district [headquarters] and the campuses is critical so I will visit each school to see what’s happening at each campus,” Lyon said. She went on to say that she plans, “sit down with the current superintendent to bring me up to speed on the district’s strategic plan framework [which includes goals for the next five years] so I can take it to the next level.”

Lyon said she plans to continue the current board goals of closing the achievement gap between different groups in the district and implementing 21st century learning techniques. She is also very aware of the fiscal crisis that’s plaguing school districts throughout the state. She finds SMMUSD’s work on partnerships that bring in additional revenue very appealing and wants to continue to develop additional bonds. She also wishes to monitor the changes and progress being made in the district’s special education program, and lastly wants to make SMMUSD a place where everyone wants to be.

The board will approve Lyon’s contract on May 19. It will be included in the board’s May 19 agenda, which will be posted on the district’s website, smmusd.org, today.