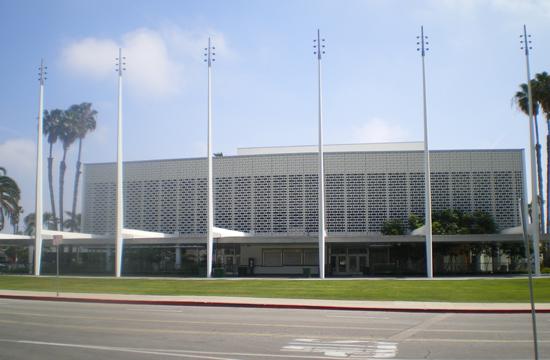 The Santa Monica City Council debated $146 million in funds for Redevelopment Agency (RDA) priority projects, of which considerable attention was spent debating the nearly $93 million that is pegged for the Palisades Garden Walk parks and the Santa Monica Civic Auditorium, each receiving approximately $46 million.

The conversation was part of a joint meeting of the city council, the RDA, and the public financing authority on May 24. In all, Santa Monica’s public officials delved into 15 development projects considered “immediate redevelopment funding opportunit(ies),” including affordable housing; the aforementioned parks; a Pico neighborhood library branch; Exposition Light Rail (EXPO) related projects; an expansion of Memorial Park; an early childhood education center; civic center and auditorium projects; freeway capping and bridge building; and property acquisition. These 15 planned RDA projects, which have been in consideration by the City of Santa Monica in some capacity for several years now, originally carried a total bill of $282.9 million, according to the staff report submitted to the council. However, staff had highlighted nine recommended projects with $146.5 million in obligations.

“Given the continued uncertainty at the state level concerning redevelopment, we believe it’s an opportune time to establish these commitments,” said Housing and Economic Director Andy Agle. “The recommendations are based on making commitments from available cash and existing loan proceeds, as well as proceeds from a recommended bond issuance.”

A staff report also stated “(t)here are four projects that are ready or will soon be ready to move forward with design-build contracts, two projects for which funding agreements can be established, and three projects requiring new contract authority as part of their ongoing work.”

In discussing whether to obligate the $146.5 million to future RDA projects, the most contentious issue on the dais was the prospect of allocating $46.8 million for the civic auditorium, and $46.1 million for the Palisades Garden Walk design-build contracts. The frustrations over the two hefty projects, each within a block of city hall, were apparent among council members and City staff. With respect to Palisades Garden Park, Council members Bobby Shriver and Bob Holbrook expressed concern of whether the $46.1 million earmarked for the parks was an amount the public was willing to pay.

“It seems like a rather extravagant number,” Shriver said of the $46.1 million property. “Even though it is an amenity for the region, I think perhaps the extravagance of it isn‘t exactly what redevelopment was intended for. We have an opportunity to create something that this community will cherish for maybe generations to come.”

Mayor Pro Tem Gleam Davis made a substitute motion for the council to obligate the $146.5 million for the recommended commitments. But for the civic auditorium item, he suggested the money that would have been used for the cultural venue instead be replaced with a parking structure project.

“I have a level of discomfort of how this is all going to work out … because theater is an ephemeral thing,” Davis said, further suggesting staff return to the council with alternative recommendations for civic auditorium funding. “To me, this is a very risky proposition to invest (about) $50 million in. If we really are talking about supporting the arts, could the money be spent on other artistic endeavors (such as the Santa Monica Symphony)?”

Similarly, Shriver was concerned of annually subsidizing the civic auditorium. “If we’re going to subsidize or put at risk a million or three or four million (dollars) per year on some sort a varied basis, wouldn’t we really rather put that money into this other art venture, or other art ventures,” Shriver said. “I don’t know whether the arts community has thought it through, whether, if it had a choice, would they rather have that subsidy go to the civic auditorium, or would they rather subsidy go to some other arts ideas that people have.”

Council member Kevin McKeown disagreed, stating there should be a sense of urgency in moving forward with the civic auditorium’s renovation plans.

“This is not something that sprung for nowhere to fill numbers on a spreadsheet,” McKeown said. “Staff, council, and the community thought about the potential of this building, and what we have here is the opportunity to realize that potential. I think this is too good a chance to let go and we would really be remiss not to fund this.”

The council ultimately agreed to delay a decision on the civic auditorium earmark until May 26 (after this issue had already gone to press), the third and final day of the council’s three-day budget workshop.

A major motivation for the council’s sense of urgency in these development projects at the outset of its budget workshop roots from the State of California’s plan to take over $4 million per year of (RDA) funds. “With the passage of Proposition 22 in November 2010, the state’s ability to take local redevelopment funds has been curtailed,” the staff report stated. “However, given (Governor Jerry Brown’s) proposal to completely eliminate redevelopment, as well as the variety of alterative redevelopment proposals in Sacramento, any long-term projections of the agency’s funding capacity would be unreliable.”

Some funding for the planned RDA projects would potentially come from tax allocation bonds, existing cash, and a $60 million loan backed by Wells Fargo Bank, though the staff stated it would update the council on alternatives and options based upon what happens in Sacramento.

“Staff will continue to further define and plan all of the agency-funded priority projects. Once there is more clarity on exactly which legislative measures, if any, will be adopted by the state with respect to redevelopment agencies, staff will return to council with an updated funding capacity analysis,” the staff report stated. “While some of the recommended project commitments are greater than the original council earmarks, it is likely that there will be sufficient funding capacity for all of the priority project allocations if redevelopment continues in its current form.”

Council member Terry O’Day did not attend the May 24 Council meeting and budget workshop.