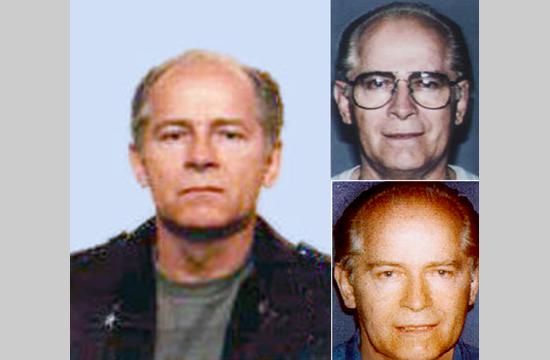 FBI Agents have arrested James “Whitey” Bulger, a reputed Boston gangster who has been on the FBI’s top ten fugitive list for more than a decade, at an apartment on Third Street in Santa Monica.

Bulger, who is 81 years old, was arrested at a residence in the 1000 block of Third Street at around 7 p.m., an official at the Santa Monica Police Department said.

Just two days prior, authorities launched a campaign offering $100,000 for the whereabouts of his long-time girlfriend, Catherine Greig, who is 60 years old. The campaign produced a tip, which led agents to the pair in Santa Monica. FBI agents, with the help of local law enforcement, reportedly staked out the location where they confirmed both Bulger and Greig early Wednesday evening. The pair were arrested without incident, according to a release from the Los Angeles FBI office. The couple had been using the aliases Charles and Carol Gasko, the Associated Press reported.

Both are scheduled for an initial appearance in U.S. District Court in the Central District of California (downtown Los Angeles) on Thursday to face charges that include murder, conspiracy to commit murder, extortion, money laundering, and narcotics distribution.

Bulger had been on the FBI’s 10 most wanted fugitive list for more than 15 years, and the agency has offered a $2 million reward for his arrest. He fled Boston in the mid-1990s as

FBI agents were about to arrest him in connection to his role in nearly two dozen murders committed from the early 1970s through the mid-1980s. Bulger’s role in these murders is also tied to his leadership of an organized crime group that allegedly controlled extortion, drug deals, and other illegal activities in the Boston area.

“Unlike most mobsters, he was a top echelon informant,” said David Boeri, a reporter from member station WBUR in Boston who has followed the Bulger case for more than two decades. Boeri was speaking to Steve Inskeep on NPR’s “Morning Edition” on June 23.

“He became the Irish godfather by helping the FBI take out these mafia guys, thereby consolidated his power,” Boeri said.

This was while the FBI was waging war on crime and specifically the mafia in the 1990s, Boeri said, and Bulger was able to corrupt FBI agents in Boston,. His FBI handlers in turn protected the mobster by tipping him off on everything from investigations of other law enforcement agencies as well as other informants. These FBI handlers, some of whom were convicted and are serving time, are also credited with helping Bulger escape and remain in hiding for all these years.

“This is what makes this such a treacherous story, it is corruption within the FBI where the tentacles of their top-secret informants – their criminals – reach into the (FBI) and now the bureau is working for him,” Boeri told Inskeep.