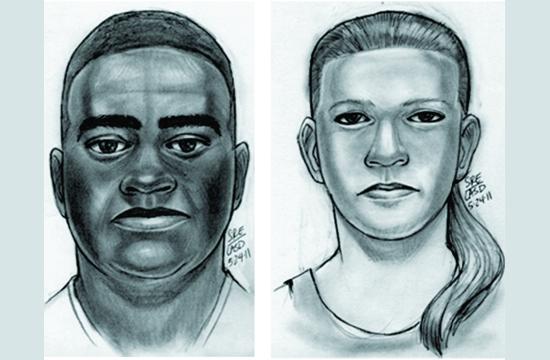 Santa Monica Police have asked for the public’s assistance in locating a man who assaulted another man last week outside O’Brien’s pub on Main Street, leaving the victim in critical condition.

The felony assault occurred at approximately 1 a.m. on May 6, as the victim left O’Brien’s Irish Pub and Restaurant, located on the 2900 Block of Main St. in Santa Monica.

“The victim was intoxicated and collided with the suspect, who became upset and pushed the victim several times, knocking him to the ground,” read a release from the Santa Monica Police Department.

When the victim was thrown to the ground, he hit his head on the concrete causing major head trauma that not only necessitate his immediate rush to a local hospital, but also to leave this 46-year-old white male in critical condition at the time of this report nearly 20 days later.

The suspect is described as a black male, approximately 25-30 years of age, 5’10″ with a stocky, muscular build, medium to dark complexion, and short black hair. He was a reported to have been wearing a white “V neck” shirt and dark jeans. He was in the company of a white female in her mid-20s who is described as being about 5’5’’ with a weight of around 130 lbs and having long blond hair, which was worn in a ponytail that evening. She was said to be of a light complexion, wearing a light-colored blouse with shoulder straps and undetermined colored pants.

Based on witness statements it is likely the suspect had frequented both O’Brien’s and the bar immediately to the north, Main on Main, prior to the incident. The above composites were based on an eyewitness to the assault. Police are also trying to identify the female depicted above who was with the suspect at the time of the assault. She is not wanted at this time.

Or, anonymous tipsters can contact Crime Stoppers by either calling (800) 222-TIPS (8477) or by visiting their website at lacrimestoppers.org. Callers may remain anonymous and may be qualified to receive a $1,000 reward by Crime Stoppers.