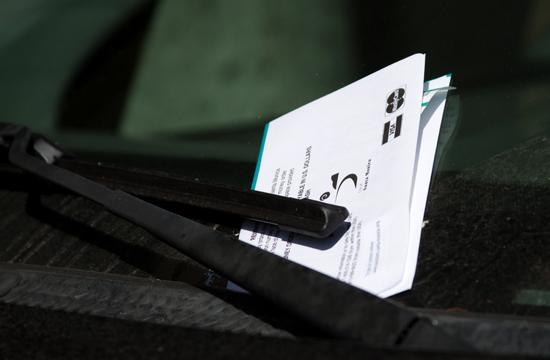 The City of Santa Monica has announced plans to shift policy and provide appellants contesting parking tickets with written explanations for denied appeals. This comes on the heels of reports that no explanations were given from the City despite a 2008 state law requiring an explanation for denied parking appeals.

The law was supposed to have taken effect in January 2009, however the City continued to not include an explanation in their notification letters. This prompted a resident, Stan Epstein, to file a complaint, which was reported on in a previous Mirror story.

On May 27, the City’s finance department issued a release indicating that notifications sent to individuals appealing citations will now receive additional details in their decision letter.

The release states that even though the letters the City had been using “provide the minimum information required by law, the City believes that providing additional details with these letters would improve customer service.”

The current process includes an initial review of the correspondence from the person who received the ticket by the City’s parking violations office. This correspondence includes the reasons why the individual believes they were inappropriately ticketed, and it must be submitted within 21 days after the ticket was issued. However, the parking fine does not have to be submitted.

The person then receives a letter, which includes a decision on the initial review. If the individual’s reasons are found to be valid the letter states the ticket has been dismissed. If the reasons are found to be invalid, the law requires that an explanation be given as to why the ticket is not being dismissed. The City had been stating, “The review has confirmed that the citation was properly issued and is valid. The reason given does not invalidate the citation.”

Don Patterson, the City’s finance manager, spoke to the Mirror about the changes. He explained the police department completes the initial review and if they decide not to dismiss an appealed citation they will now include additional information about their denial. However, this information will not be as extensive as the information a person would receive if they appeal a second time and their citation is still not dismissed. This is because an administrative hearing officer hears the second appeal. According to Patterson, this hearing officer writes out their thought process that brings them to their decision. He/she then enters information on this process into the City’s computer system. Now notification letters of appeal denials will contain information from the hearing officer’s computer system entry.

The release also stated that anyone who has appealed a parking citation can request additional details on why their citation was not dismissed by e-mailing parking.office@smgov.net. They will receive a response within 10 business days. Patterson emphasized this offer is “open to anyone who wants additional information beyond what was originally provided to them.” However, “the offer to provide more information will have no impact on the process” if the timelines for the appeals which were stated earlier in this article have expired. These changes also do not impact the process of appealing a citation to the superior court.

Patterson also mentioned that the City has been working on a number of customer service improvements in terms of parking and that the complaint on appeal notification letters and the Mirror’s story on the issue moved up the City’s review of the letters. The changes are “consistent with what we’ve been doing – trying to make things more customer friendly, transparent and predictable.”