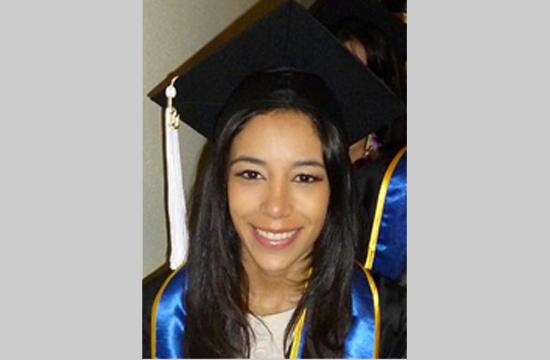 A young woman was killed after being struck by a car in Santa Monica on the night she was out celebrating her graduation from University of California-Los Angeles (UCLA).

On June 18, 2011 at approximately 2:30 a.m., the Santa Monica Police Department responded to a traffic collision in the 2400 block of Wilshire Boulevard near Douglas Park involving a vehicle and a pedestrian.

A preliminary investigation revealed that the driver of a Bell Cab was driving his taxi westbound in the first lane of Wilshire Boulevard when a female pedestrian was observed by witnesses to run into traffic lanes from the north sidewalk, where she was struck by the oncoming taxi. The pedestrian was transported to a local hospital in critical condition, where she later succumbed to her injuries.

The pedestrian was later identified as 24 year old Melissa Del-Aguila of West Los Angeles, who had gone out to celebrate her recent graduation from UCLA with several friends at Q’s Billiards located at 11835 Wilshire Boulevard in West Los Angeles.

According to several witnesses, Del-Aguila was last seen at Q’s around 1 a.m. She reportedly had no mode of transportation and investigators are trying to determine how she made her way to Santa Monica.

Or, anonymous tipsters can contact Crime Stoppers by either calling (800) 222-TIPS (8477) or by visiting their website at lacrimestoppers.org. Callers may remain anonymous and may be qualified to receive a $1,000 reward by Crime Stoppers.