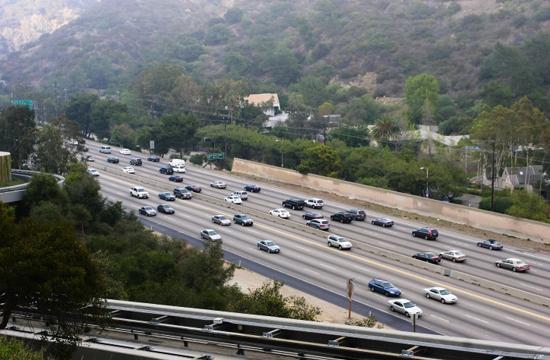 The closure this weekend of portions of the Interstate 405 is expected to cause gridlock on local streets and freeways, as well as a nightmare of traffic in surrounding Los Angeles.

With this “Carmagedon,” Santa Monica residents are encouraged to either stay home or at least stay close to home. This has encouraged local retailers, restaurants, and others to get creative with special sales, offers, and activities.

The Santa Monica Police Department is cautioning that the use of Sepulveda Boulevard as an alternative is not advisable because it will only be open to residents. They also stated that the use of Pacific Coast Highway would be difficult because most lanes will be closed due to a Caltrans project. For a list of alternate routes visit.metro.net/projects/I-405 or smgov.net/405

If you are interested in following the project over the weekend you can do so at Twitter.com/I_405 or tune to KNX 1070 AM. Real time traffic conditions can be assessed by calling 511 or visiting Go511.com. The 405 project hotline number is 213.922.3665. It will handle questions or concerns but not emergencies or directions.

In a July 13 press release Saint John’s Health Center’s President and Chief Executive Officer, Lou Lazatin, stated, “Our primary goal is to be able to continue the high quality of care Saint John’s is known for.” For medical emergencies, Saint John’s strongly encourages patients to contact 911 rather than attempt to drive themselves to the emergency department.

Jane Walker, the manager of Montana Avenue’s Three Bags Full, called the need for residents to stay close to home “a chance to be a tourist in your own city, a staycation.” She then mentioned that some of the avenue’s stores would be offering $4.05 off on their products or services.

Some businesses at Santa Monica Place, such as Beachy Cream or Magical Blooms, are offering discounts if you mention “Carmegeddon” or “405.” O’Neill in downtown Santa Monica will be offering 40.5 percent off all apparel in the store from Friday through Sunday.

Some of the city’s hotels are offering discounts on room rates, food, and other services. One example is Shutters on the Beach, which will offer a $405 nightly price on a deluxe room from July 15 through July 18. On Main Street retailers such as Agabhumi the Best of Bali and Arts and Letters are offering 20 percent off their merchandise when you mention “405 Freeway Closure.” Local theaters such as the Morgan-Wixson Theatre are discounting their tickets this weekend. Other businesses throughout the city are extending their hours during the closure.

The community can also find out about 45 things they can walk, bike, or take the bus to in Santa Monica at santamonica.com. Also at this website are links to sample itineraries for things to do in town, self-guided bike tours, and a list of 405-inspired offers and discounts.