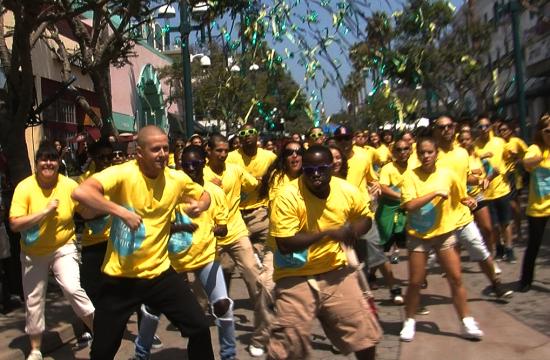 A stage was set and confetti guns were prepared to fire while a giant dance crew, dressed in yellow, celebrated a change in downtown Santa Monica at the Third Street Promenade on Wednesday morning.

Downtown Santa Monica, Inc’s Bill Tucker, Chairman of the Board, and Kathleen Rawson, CEO, announced a change in programs to keep up with the ever-changing city.