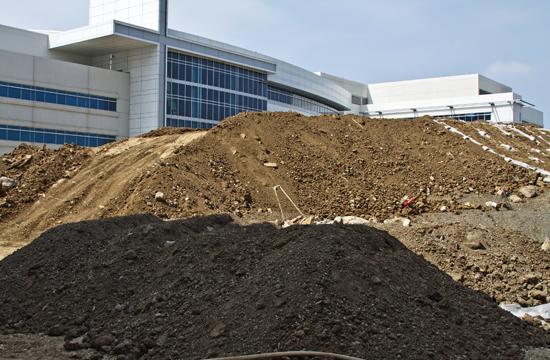 There will not be a subterranean parking garage at St. John’s Health Center (SJHC) after all, as Santa Monica City Council unanimously approved a development agreement (DA) amendment at its June 28 meeting, allowing the medical facility to institute alternate parking plans in place of buildingthe underground structure.

The jam-packed meeting was stocked with SJHC employees, members of the nurses’ union, and several concerned residents who live near the medical campus, many of whom expressed their support or opposition to the amendment. With nearly 50 public speakers, a significant number of local residents and nurses urged council members to not approve the DA amendment, and instead hold SJHC to the agreement it originally made with the city in 1998.

Under the approved plan, about 268 reserved parking spaces will be made available for patients and visitors; the original plan called for 442 parking spaces in a subterranean garage. Other concessions include the hospital giving $100,000 for Exposition Light Rail station improvements and $35,000 for funding of an area transportation management study.

According to City staff, the amended DA calls for nearly $1.8 million in overall benefits.

Among those speaking in dissent during the public forum include more than a dozen nurses and residents, all pleading with council members to hold off on approving the DA amendment and alleging SJHC’s substitute parking plan would increase pollution and congestion. Some members of the public also accused SJHC of failing to deliver on its previous promises.

“The reality is, a kid born in 1998 when this development agreement was signed will have gone through McKinley Elementary, Lincoln Middle School, Santa Monica High School and will be ready to graduate from Santa Monica College before the applicant even brings one single additional parking space online,” resident Kenny Mack said. He called for the council to require design plans for a garage and alleged the city failed to fulfill its obligation to report a good faith compliance by the applicant.

“The least this council can do is to require the applicant to at least design the garage,” he added.

Many members of the public who did not speak chose to voice their opposition to the DA amendment by wearing noticeable stickers with the phrase “Parking For Patients,” an ode to the difficulty many expressed they would have in finding convenient parking whenever they visit SJHC.

Accordingly, most of the public discussion centered around the use of valet parking, which may make parking difficult for those who visit the medical campus on a regular basis, as well as the general inability for patients, employees, and visitors alike to park at the hospital.

For example, one nurse of the hospital told council members not only did she have to pay a monthly parking fee, but also had to pay the daily $13 charge whenever she had to report to SJHC on call but was unable to find parking in the location she regularly pays.

Several residents who live in the area claim the valet service promotes congestion in the area, reporting a slew of cars have been lined up along Santa Monica Boulevard in waiting for attendants.

Yet the ultimate sticking point for those opposed to the amendment was the notion that SJHC was allegedly not honoring promises it made to Santa Monica and its residents in its original DA signed in April 1998. Specifically, residents argued SJHC was reneging on plans for on-site parking, with those directly affected by the hospital’s plans to shift parking off-site arguing traffic from the hospital would persist and the hospital would be far from a boon for those who live in its immediate vicinity.

“Where do we park? The LUCE itself calls this area … where the hospital is, as parking starved and suggests additional parking is needed. If it costs St. John’s more money, so be it,” resident Valerie Griffin previously said at an SJHC community meeting.

Despite the dissenters, a majority of speakers appeared to be in favor of SJHC’s amendment request. Most of the supporters were SJHC employees, many of whom were let off early from their jobs at the hospital in order to pack the council chamber at City Hall.

Addressing the concerns raised by the community, attorney Chris Harding, who spoke to the dais on behalf of SJHC, said the hospital’s new parking plans has several significant benefits, including reduced rates for valet parking of 90 minutes or less and specific instructions to be provided to valet attendants to not park vehicles either on public streets or at parking meters.

Harding pointed out other benefits include a shuttle system, escorts and other protection services, lighted crosswalks at key street crossings, improved transportation and parking for those workers who have to return to the hospital late at night, and an ombudsmen to serve as a point of contact to receive community complaints or concerns of parking and other issues.

In response to those who alleged SJHC is breaking promises made in the original 1998 DA, Harding also stated just because SJHC legislated for something in 1998 does not mean it must be absolutely bound to such provisions.

“There seems to be a misunderstanding as to the nature of a development agreement. A DA is approved by ordinance. It’s legislation. Ordinances are changed all the time by the City,” Harding said. “St. John’s came to the city to change this ordinance well in advance of anyone complaining.”

Council member Pam O’Connor echoed similar thoughts, saying a lot has changed in Santa Monica since 1998, such as the addition of the Expo line. Accordingly, she said SJHC should be allowed to amend its DA.

Other council members said opponents are being overly critical, citing the staff report that includes a study indicating circulation issues with SJHC may not be a problem.

“The evidence before us shows that St. John’s has sufficient parking without building the structure,” Mayor Pro Tem Gleam Davis said. “If we force them to build a parking structure, would that reduce that burden on the neighborhood? I think the answer is no.”

Significantly damaged by the 1994 Northridge earthquake, SJHC has been on a rebuilding path for more than 17 years. After portions of the facility opened in 2005 (Chan Soon-Shiong Center for Life Sciences) and 2009 (Howard Keck Center), SJHC began moving forward with its plans to construct a new entry plaza for drop offs, pick ups, and valet parking.

When SJHC entered into its DA with the City in 1998, the approved plans outlined specific details for the health center’s reconstruction, including the building of an on-site, 442-space subterranean parking structure.

However, in 2007, SJHC asked the City to amend its DA to not include plans for the on-site subterranean parking structure and instead to provide driving visitors with a viable alternative.

SJHC finally had that amendment approved on Tuesday after a four-year wait, allowing it to move forward with the “functional equivalent” of its previously approved plans to build a subterranean parking garage and provide for about 1,540 parking spaces both on and off-site.

Also included in the plans are a full-service valet, modifications to the entry plaza, and a “Transportation Demand Management Program” to reduce vehicle trips to SJHC.

Council members Bobby Shriver and Kevin McKeown were not present at the June 28 meeting.