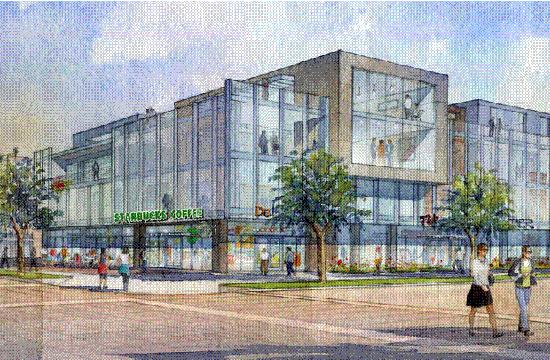 Council members also approved the final Environmental Impact Report (EIR) and adopted a Statement of Overriding Considerations and Mitigation Monitoring Program for the property located at 2834 Colorado Avenue, where the Colorado Creative Studios project would be erected. The DA and EIR call for the building of a four-storey, 191,000-plus square foot “creative arts/production facility” at the site. The project would establish Lionsgate’s corporate headquarters at the new campus.

“The proposed project retains and creates employment opportunities in multimedia, entertainment, and creative arts, which advances the goals and policies of the LUCE,” said Paul Foley, the City’s principal planner.

While the DA was approved, it was not without an exhaustive discussion of whether a conditioned designed process would be attached to the project to ensure that the look and feel of the future buildings are consistent with the surrounding community. Accordingly, the approved DA came with a stipulated direction to the Architectural Review Board (ARB) to “pay particular attention to building transitions, neighborhood compatibility, streetscape, building form, setbacks, scale, and context in relation to Colorado Avenue and the residential uses of the north (as well as the Roberts Center project to the east).”

The project is expected to provide nearly $1.8 million in benefits, including the extension of Pennsylvania Avenue through the project site (between Stewart Street and Colorado Avenue), a financial contribution to the impending Exposition Light Rail line, widened sidewalks, local hiring incentives, and the offering of internships to Santa Monica College students.

“In 2010, (LUCE) designated the mixed-use creative district for the continued facilitation of studio-related uses, thus enabling Santa Monica to maintain a strong presence in the field of creative arts,” Jack Walter, of Colorado Creative Studios, told council members. “Lionsgate will continue to be an anchor studio enhancing Santa Monica’s reputation as the center of the entertainment industry.”

Hank Koning spoke to council members on behalf of the City’s planning commission and explained the Lionsgate project was worthy of approval by the council as it maintained the LUCE’s vision. “This project substantially conformed to (the) goals of the LUCE,” he said. “The applicant has agreed to a lot of the conditions that we put in.” Koning added that his fellow planning commissioners still had an issue with some of the setbacks, and while one commissioner suggested the project include some external public art, it was not a requirement.

Several public attendees, many of them Lionsgate employees, spoke to how keeping the entertainment conglomerate in Santa Monica was financially viable and would keep jobs in town.

However not all were in support of the project. Brenda Barnes, a stakeholder from Village Trailer Park, said the Colorado Creative Studios DA should be considered simultaneously with the DAs of the two adjacent capital projects ¬– The Roberts Center and Village Trailer Park. She alleged it was illegal to consider each DA individually.

“This is a Ponzi scheme. We heard last week that Lionsgate lost $60 million last year, so they are going to borrow money for this project to make up for that,” Barnes said with a crack in her voice. “We need a park. We need real meeting areas. Instead we get sidewalks and gutters.”

While some audience members purported that the Colorado Creative Studios project does not allow for a 50:50 housing-to-jobs ratio, Mayor Richard Bloom pointed out that the 50:50 split of housing-to-jobs applied to the overall balance of projects within a given region, not to individual projects.

Other residents called for an area-wide management plan to maintain consistency of projects in a specific region and fulfill the vision of the LUCE. Mayor Pro Tem Gleam Davis said each of the projects are at different stages of the DA process and too far apart from each other to be considered simultaneously.

Still others were concerned residents of the Village Trailer Park would be displaced or “evicted” because of the Colorado Creative Arts project and Lionsgate headquarters.

“This is the Village that has been there for decades,” Crystal Anderson said. “It would be undue hardship for these people to be forced to move their home so that developers could make big money. Do we need more homeless?”

Council members Bobby Shriver, Kevin McKeown, and Terry O’Day were not present at the July 26 council meeting. Council will not hold its regularly scheduled meeting on August 9 and will return to chambers on August 23.