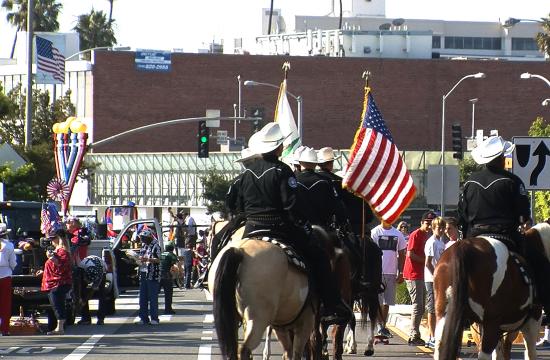 Main Street Santa Monica closed for the morning as the annual Fourth of July Parade walked through with floats, horses and Smart cars.

Residents gathered to participate and stand on the sidewalk to wave to each other in honor the nation’s Independence Day. Mayor Richard Bloom and Councilman Bob Holbrook said it was the largest attendance the parade has seen.

The parade was followed by music and food trucks at the Victorian on Main and Ocean Park.

*According to Public Information Officer Richard Lewis, a four-year-old girl was “inadvertently struck” by a car between Hill and Ashland on Main Street during the parade. The father pulled the girl out of the way in time as a woman who was driving tried to cross the street in a thru-way while there was a break in the parade line. Lewis said the woman was misinformed the parade had not yet begun.

The girl was seen by a doctor and paramedics for precaution but only had a scrape on her knee. The driver was not arrested. Lewis said this was “an accident pending further investigation.”