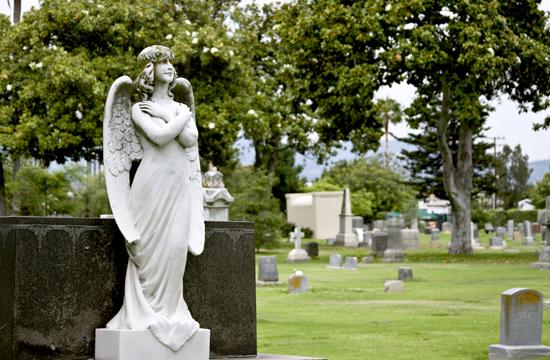 The Santa Monica City Council approved a resolution at its July 12 meeting to consolidate the prices of all services offered at the Woodlawn Cemetery and Mortuary into one document. Also approved as part of the consent calendar item and resolution were “prices for newly developed interment spaces and additional mortuary services to be offered.”

By passing the resolution, the council streamlined what was previously a scattered and cumbersome process.

“For many years, council has set prices for individual items at the cemetery by resolution (but the) numerous resolutions have made it challenging for staff to easily track the council authority for the established prices,” Virgil County, the Woodland Cemetery administrator, wrote in the staff report presented to council.

The price schedule, which was attached as an exhibit to the approved resolution, retroactively went into effect on July 1 with the council’s action. With the price schedule in effect, patrons can expect to pay as little as $430 for a cremation grave with multiple interment privileges, to as much as $88,500 for eight spaces in a private family estate.

“As staff was coming forward with prices for new services and to set more competitive prices for cremation services, we wanted to compile the various pricing resolutions that were in multiple documents developed over the years into one comprehensive document,” Pastucha told the Mirror in an email. “This put all the information in one place making it easy for staff to quote the established pricing.”

He added no changes were made to the “pricing policies governing the cemetery.” However, the rate for cremation services was reduced, allowing the cemetery to keep up with local competitors.

“We are reducing the price for cremation by $695. Additional analysis indicated that many Westside families who choose cremation select the Neptune Society and other less expensive cremation providers outside our local market,” Pastucha said. “Cremation price is being reduced to capture this market segment who would not normally go to a cemetery or traditional mortuary for direct cremation services.”

Also included in the resolution was a provision that “(a)ny price schedules for property, goods, or services at the cemetery adopted prior to the date of this resolution” would be repealed.

In addition to the resolution, Pastucha added several capital projects have been completed at the cemetery, including the “embalming room which will allow preparation services to be conducted on site; sewer main replacement due to age and condition of old pipe; aesthetic and safety improvements to the main entrances on 14th Street and the vacation of certain street designation that remained in the cemetery.”

One capital project is still in progress, according to Pastucha: the bay view columbarium is still being enhanced to “provide more niches for the placement of remains.” The project should be complete by the end of July, the Public Works director said.

Finally, Woodlawn Cemetery will soon receive new perimeter signage “to indicate the name of the facility.”

The Woodlawn Cemetery website states it has been in operation for more than 100 years and, as it is owned and operated by the City, serves as “one of the few municipally-owned cemeteries in California.” Santa Monica purchased the cemetery in 1897 and the mausoleum, which is reportedly one of California’s first-ever public mausoleums, about 75 years later.