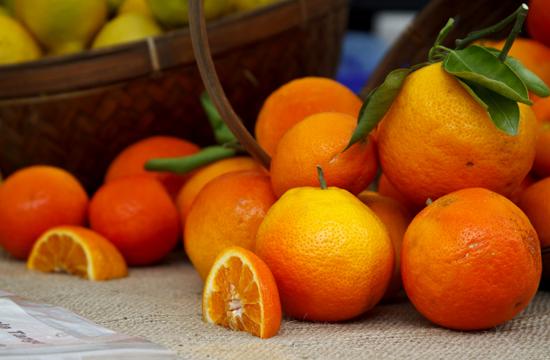 It’s been 30 years since local farmers first brought their fresh produce to the inaugural Wednesday downtown farmers’ market on July 15, 1981. Over the years, the farmers’ market has grown into one of Santa Monica’s treasures, a place where the local bounty of fresh, seasonal fruits and veggies brings the community together every week.

This milestone in the markets’ history is being celebrated with a bevy of special events such as the Good Food Festival Film Series, a monthly evening of food-related documentaries and discussions presented by the Santa Monica Farmers’ Markets in partnership with Slow Food Los Angeles and American Cinematheque.

At the series’ latest edition on July 13, the theme was food waste. Two documentary films — one shot in Los Angeles and the other in Paris — were followed by a panel discussion about ways to waste less food in Los Angeles.

The evening’s first film, “Dive!”, chronicles filmmaker Jeremy Seifert’s fondness for salvaging food from the garbage dumpsters behind the supermarkets of Los Angeles. Seifert and his family dine on meals he’s prepared from trash. “Eating food out of dumpsters is repulsive to most people, but there’s a certain beauty to seeing garbage transformed into a meal with friends, and better meals than we could ever afford to buy,” he says.

The sight of the intrepid, fresh-faced Seifert rummaging through the garbage in search of the family’s evening meal is both funny and unsettling as he scores choice cuts of meat, vegetables, fruit, bread and eggs in unopened packages discarded in the dumpsters.

Seifert, who isn’t homeless or hungry, is making a good case against food waste by exposing the obscene amount of food that’s thrown away in Los Angeles. He’s also looking for answers as to how epic food waste and hunger can coexist. Half of the food that’s produced for consumption never gets eaten, he says.

“I couldn’t help thinking about all this wasted food in relationship to hungry people in my own city,” says Seifert. He figures that just on percent of Los Angeles’ wasted food — nearly 30 million pounds of food — would be all that’s needed to close the regional food bank’s annual food supply shortfall.

Seifert convinces some supermarkets to stop discarding unsold food that’s nearing its expiration date and instead donate it to him so he can transport the food to shelters and other facilities that need it. Thus begins Seifert’s ongoing “EAT TRASH Campaign to End Food Waste,” directed at persuading the CEO of Trader Joe’s to set a corporate policy that would require every Trader Joe’s store to dispose food in a way that could put it to good use.

In a panel discussion following the film, Los Angeles-based photographer Rick Nahmias described how volunteers for his grassroots group Food Forward get together to make sure that fruit growing on trees in residents’ back yards isn’t wasted. The volunteers pick the fruit and deliver it to food pantries, and everyone involved benefits — the food pantries receive fresh, healthy food, the volunteers contribute to the community, and the property owners get a cleaner back yard and a tax deduction for their donation.

Another panelist, writer and Master Food Preserver volunteer Felicia Friesema, talked about reducing waste in our own kitchens by preserving and canning food. Graduates of the LA Master Food Preserver program are trained in the art and science of safe food preservation and required to pass that knowledge to others as volunteers.

The next segment of the Good Food Festival Film Series will take a look at bees, an essential part of agriculture. There will be a screening of “Queen of the Sun,” an acclaimed documentary about the global plight of vanishing honeybees, and a panel discussion about urban beekeeping, permaculture, and other local bee-friendly practices. It’s scheduled for 7:30 pm Wednesday, August 10 at the Aero Theater.