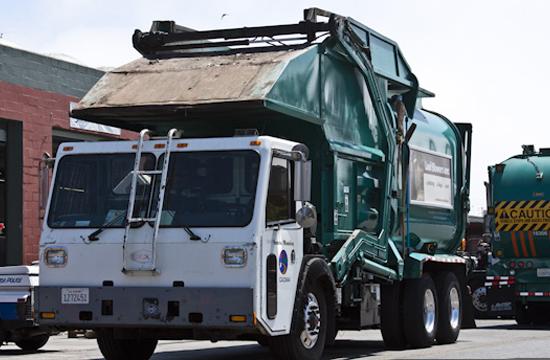 Disposing and processing waste gathered in Santa Monica will cost the City about $9.5 million per year for the next five years, and that figure could be higher when factoring in transportation costs.

Making matters worse is the planned closure in November 2013 of the Puente Hills Landfill, which is the closest site to which Santa Monica exports its physical waste. Additionally, with gate rates doubling at the other Los Angeles area facilities, Santa Monica may have to pay a hefty bill for its refuse and recycling waste to be transported and processed out of town.

Santa Monica exports approximately 250 tons per day of waste, yard waste, and construction and demolition debris. What the final cost to the City will be to export that waste has yet to be determined, but the Santa Monica City Council went ahead and approved a series of purchase orders totaling $9,582,000 annually for five years.

“This amount includes only the disposal or processing fees charged at the numerous facilities we utilize. It does not include any transportation costs,” said Kim Braun, the City’s Resource Recovery and Recycling Manager.

Braun said Santa Monica will continue to send its refuse to Puente Hills Landfill through 2013, yet once the facility shuts down in November of that year, the City will shift over to Chiquita Canyon in Castaic and Sunshine Canyon in Sylmar.

The Sunshine Canyon Landfill, which is designated as a second alternate disposal location, is actually four miles closer to Santa Monica than the Puente Hills Landfill. However, Braun wrote in a staff report submitted to council at its June 28 meeting: “understanding the City’s policy regarding Arizona-based companies, it would only be utilized if Puente Hills and Chiquita Canyon are not available.”

City staff will still consider additional alternative disposal options once Puente Hills shuts down. All the refuse is first collected in town, at Santa Monica’s Refuse Transfer Station located at 2401 Delaware Avenue, before being shipped out to the other facilities. Santa Monica relies upon the Commerce Refuse-To-Energy Facility and SERFF for the City’s Reduce, Reuse, Recycle (RRR) goals.

“Commerce and SERFF are both waste-to-energy facilities. The City’s RRR is allotted a waste diversion credit from the State’s Cal Recycle of up to 10 percent of all waste generated to use these facilities,” Braun said. “If all other landfills were not accepting waste, we would haul to either one of these two facilities.”

The City is still looking into whether the approved purchase orders will result in new fees being implemented onto residents or local businesses.

“The City RRR is preparing for a rate study at this time,” Braun said. “Landfill and processing facility fees will be included in the rate study. We are not certain of the impact, if any, at this time.”

Located in Whittier, Calif., the Puente Hills Landfill is reportedly the largest landfill in the nation. According to Business Week, the landfill received about 3,756,718 tons of waste in 2007, or roughly 10,300 tons per day of “municipal solid waste.” Among the reported health implications emanating from the landfill facility was methane emissions.

While the county will be shutting down the Puente Hills facility, it has long been considering a plan to haul waste to various landfills via rail. The waste-by-rail plan was spawned when the closure of Puente Hills, which had previously been subject to lawsuits by nearby residents, seemed more imminent.