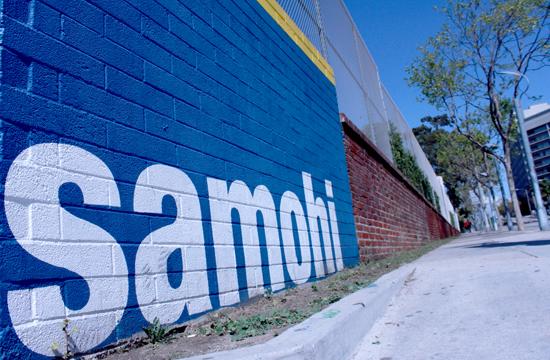 May 4, 2011. Santa Monica High School. A brown practice dummy with a rope around its neck, an African-American student chained to a locker, and racial slurs being used, are all allegations currently under investigation by the Santa Monica Police Department. Depending on the outcome of the investigation the involved students could be charged with battery and with violation of the hate crimes law, a serious charge with potentially severe consequences.

I was interested in what students at the school were saying and thinking. When I asked some of the Santa Monica High School (SaMoHi) students what they thought, I got some surprising answers. Although my sample was not large enough to be statistically significant, it was unusual in the consistency of the responses. For example, I learned that racial “jokes” happen all the time in high school. That friends will call each other by names that, in the past, would have been considered racist, and that this will happen among students without regard to their ethnic heritage or racial identity.

Okay. That might be true with regard to language. Culture changes. Language changes to reflect the changes in the culture. But what does this say about the actions in the locker room?

Student responses to the May 4 incidents seemed to divide the act into two parts – the chaining and the rope around the dummy. Chaining students to lockers is something that has commonly been done to other wrestling team members, has been considered a “prank” where no one got physically hurt and has been part of wrestling team locker room culture at SaMoHi for a long time.

By contrast, the rope around the dummy was understood as “horribly wrong.” It was also characterized as “teenage immaturity” and “really bad judgment.” It was not something that had happened before, not part of the wrestling team culture.

In fact, it was a student at the school, a member of the wrestling team, who walked into the wrestling area, saw the dummy, saw the way the other team members were reacting, and immediately took the dummy down because he didn’t want any of his teammates’ feelings to be hurt.

The wrestling team culture, and apparently every team has its own traditions and history of “pranks,” has also been described as one where the team members are bonded to one another, as “having each other’s backs.” It’s a demanding sport and the student wrestlers are together a lot, at practice, at tournaments, and they become very close.

The wrestling team students who were involved were suspended from school. The wrestling team as a whole lost their locker room privileges. They will also participate, as student teachers, in a section of the “Freshman Seminar” – a class designed specifically to study the hateful and violent effects of discrimination and racism and to teach tolerance and understanding to students.

So many questions must be asked and answered. Because of the history of racial abuse in our country, allegations of racism must be taken seriously. It will be up to the Santa Monica police to investigate and determine the answer as to whether or not this is a hate crime. It will be up to the Los Angeles County Sheriff’s Department to determine whether the Administration responded appropriately.

Where does all this belong in the larger culture? What does all this say about youth/boy culture? Is this the same thing that has been going on for years, a holdover from past concepts of masculinity? Is it bullying? Is it hazing?

The wrestling team at SaMoHi is racially diverse and although, still mainly boys, girls have shown more interest and are now part of the team. In other youth sports, when girls joined teams, their presence often changed locker room culture. Will that pattern be repeated?

The righteous rejection of racism, the concerns of the damage and destruction caused by racism, and the fear that it is emerging at the school are all central tenets in this discussion. The idea that the students involved will be judged, not by their actions and intent, but by the perceptions of the past, needs to be examined. The generational change in culture needs to be understood. There is the concern that the wrestling team, as a whole, will suffer for the actions of a few. The school community may have to look at the possibility that they will be legally required to make decisions and take actions which are not in the best interests of the students involved, the other wrestling team members, and of the entire student body.

It is important that these questions get asked and that, as a community, we set standards. These are hard questions. Questions that require careful and thoughtful examination and open discussion.

In every crisis there is also opportunity. My hope is the school, the administration, the students, the district board members, the parents, and all of Santa Monica will use this as a learning opportunity to re-examine the question of racism. Equally important is that we discuss and deliberate on the events of May 4 in a principled way and that the process itself exemplifies the tolerance and empathy we hope to teach our students.