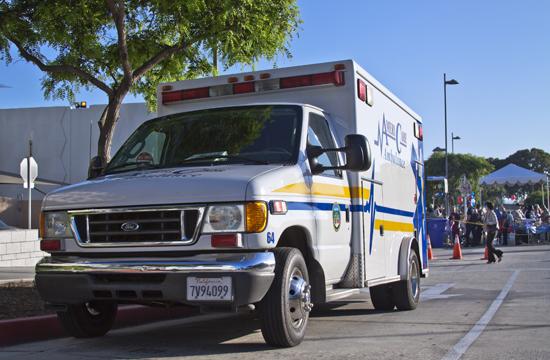 Ameri-Care will begin its contractual term later this month; the emergency ambulance provider outbid seven other companies to be awarded its contact with the city.

Yet there was some wonderment as to why the City switched emergency ambulance services in favor of Ameri-Care. A pair of residents who spoke publicly to the council at its July 26 meeting questioned whether Ameri-Care was awarded the contract because it planned to purchase property in Santa Monica. According to the staff report, Ameri-Care was considered the best bidder because it was the only one to offer no-cost billing services to the city and was “committed to the purchase of property in Santa Monica on which to locate an ambulance station.”

Local activist Jerry Rubin was concerned about why the purchase of property within the city was used as a criteria for selection. “I don’t understand why that was in the staff report about them buying property. Why is that a criteria, one way or another, for changing, obviously, what’s been a good ambulance service the past seven years?” Rubin rhetorically asked.

Just the same, resident Ellen Hannon wondered whether the change in emergency ambulance services was indeed motivated by Ameri-Care’s willingness to purchase property in Santa Monica. “I really don’t like seeing people just thrown out because someone is willing to buy property, probably at an inflated price,” she said.

Even more, speakers from two ambulance companies questioned the Request for Proposal (RFP) process. Schaefer Ambulance Service owner Jim McNeil pointed out his company has operated within Santa Monica for nearly 60 years. He was curious about how Ameri-Care was viewed as an ideal choice even though the company appeared to be weak in meeting one of the RFP’s essential criteria.

“In the RFP, it had a statement in there that says the provider must have 911 experience and (be) a primary provider of 911 experience. Ameri-Care (is not listed by the State) as being a primary 911 provider in the county of Los Angeles,” McNeil said, adding his company was not afforded a site visit.

Robert Gerber, of Gerber Ambulance Service, said there was no reason to solicit RFPs and switch providers – unlike in 2004, when his company was awarded its contract to provide services to the City. “The provider back then (in 2004) was not providing the needs of the city, not only in their service, but in the idea of collecting financial gains of revenue for the City of Santa Monica Fire Department in the service that they provide,” Gerber said. “(Since 2004), we have responded to more 67,000 calls. Out of the 67,000, we’ve transported 44,000 over the seven years with no failure. We’ve never had to use a back-up provider. We’ve been the primary provider and have never failed in our duties.” Gerber added his company had a compassionate billing practice, where it assisted certain patients in relieving more than $100,000 in debt for medical bills.

Still, the four council members present at the July 26 meeting unanimously approved the three-year contract for Ameri-Care to provide emergency ambulance and billing services. City Manager Rod Gould addressed the questions raised about Ameri-Care’s plans to purchase property in the city, saying it is part of the company’s “business plan.”

“Ameri-Care does comply with the requirements set forth in the RFP and has conferred with the City attorney’s office,” Gould said. “It was not a requirement of the RFP that any of the providers purchase property in the City of Santa Monica. That just happens to be the business plan of Ameri-Care.”

Santa Monica Fire Chief Scott Ferguson said bids were ultimately narrowed down to three companies, including Ameri-Care. Site visits were made, and the City also met with billing agents, considered the business models, and checked out accounting procedures.

“We took an auditor with us to each of the sites to review their business plan, I did a site visit after they were tentatively selected, interviewed the president of the company and their staff,” Ferguson explained of the selection process and the hurdles Ameri-Care had to jump over to earn the City contract.

“The level of professionalism, the attention to detail, and their accounting procedures were exceptional,” Ferguson said of Ameri-Care. “I emphasize the importance of personnel management. I was extremely impressed with their approach. After reviewing all 58 points of the criteria within the RFP, we felt like Ameri-Care was better positioned to provide the level of service that we want.”

According to the staff report, the ambulance providers submitted bids that included billing services to be provided at a cost to the City ranging from zero to 20 percent of net collections. Further, the fee assessed for ambulance services would be “based on a share of the fee received from the patient rather than a direct payment from the City.”

Other factors reportedly favoring Ameri-Care’s bid included its location in Carson, which staff said “would allow for additional ambulances to respon(d) to the City in a timely manner, should the need arise.”

Paramedic Coordinator and Capt. Mark Bridges said Ameri-Care’s size and experience was also a factor. “The company is large, has experience with 911 dispatch systems, has redundant systems for operations and dispatch, employs real-time vehicle location services, and would provide quarterly utilization reports,” Bridges said. “In addition, in-house mechanics would address major vehicle repairs and mobile mechanics would be on hand for minor repairs. Ameri-Care would participate in joint fire and ambulance crew training and partner with Santa Monica to provide CERT and CPR training to the community.”

In all, the City solicited 16 licensed ambulance companies within Los Angeles County to submit a request for proposal. The proposals were considered by a committee of six people, including members from the Santa Monica Fire Department (SMFD) and the City’s Finance Department.

According to Bridges, the SMFD has a fleet of six paramedic engine companies plus another four ambulances used during special events or related activities. He also added that fees collected by Ameri-Care via SMFD would generate more than $1.2 million in revenue to the City for fiscal year 2011-2012 and almost $1.3 million for fiscal year 2012-2013.