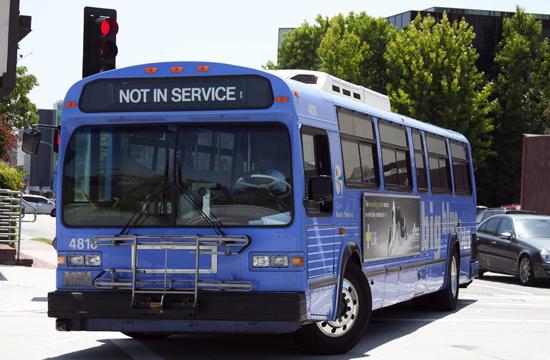 The Big Blue Bus (BBB) implemented changes to nine of its 20 services on Sunday, Aug. 28.

A new service called the Downtown Ride will also be launched.

Here is a breakdown for bus users:

~ The changes to Routes 1 and 2 will result in the truncation of Route 2 on Main St. at Hill St. South of that intersection, Route 1 will replace Route 2 as the primary Big Blue Bus service headed to Venice Beach and the Walgrove Ave./Venice High School neighborhood.

~ To increase passenger capacity along the transit system’s most traveled corridor, Pico Blvd., Big Blue Bus will introduce 60-foot articulated buses to the Rapid 7 fleet and increase this service’s frequency and hours of operation. Rapid 7 will now operate all day from 6:00 a.m. through 10:00 p.m. on weekdays with an eight minute frequency during peak periods. With these changes, Big Blue Bus will be able to transport more riders along Pico Blvd. eighteen percent faster and at a lower cost per ride mile.

~ In addition to a faster trip, Rapid 7 riders will also be able to travel farther since the service will be extended east of the Rimpau Transit Center via Crenshaw Blvd. to Metro’s Purple Line Subway Station on Wilshire Blvd. at Western Ave. This extended service supports the City’s LUCE goal of “no net new trips” by increasing transit options between eastern Los Angeles, served by the Purple Line, to Santa Monica.

~ By eliminating ten of the least used stops that are within 0.25 of a mile or less from another more traveled stop, the new Rapid 10 service should experience improved travel times.

~ Finally, Big Blue Bus introduces the new Downtown Ride service on Monday, August 29. This service was designed as an incentive for drivers to use the Civic Center Structure or outdoor parking lot instead of circling around the Third St. area hunting for limited – and often pricier parking.