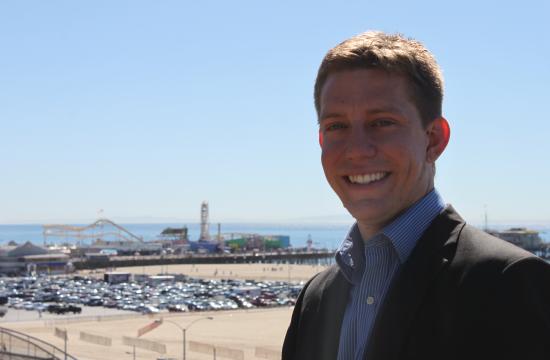 The Santa Monica Mirror welcomes Brenton Garen to its staff as Editor-in-Chief.

Brenton will be responsible for handling all editorial content in the newspaper as well as managing The Mirror’s rapidly growing Internet, digital, and web publishing products.

Prior to joining The Mirror, Brenton was Director of Online and Video and Staff Writer at The Beverly Hills Courier newspaper for the past 18 months.

He helped grow The Courier’s website traffic significantly during his tenure while he also wrote, edited, and designed the weekly print edition.

“Santa Monica is going to be an exciting city to work in and I look forward to the challenges ahead,” Brenton said. “While our number one news product is the Friday print edition, I strongly believe in breaking news around the clock on our website.”

Originally from Brisbane, Australia, he worked three years full-time at The Queensland Times daily newspaper and its sister weekly publication The Ipswich Advertiser while he studied full-time at the Queensland University of Technology.

He moved to the bright lights of Los Angeles in December 2008 after he graduated from his four-year journalism course.

When he arrived into L.A., he worked as a freelance producer for Seven and Nine Network Australia at their news bureaus before he accepted a full-time role at The Courier last year.

He will now focus on building strong community relationships in Santa Monica to further boost The Mirror’s news and seven days sections.

Outgoing Editor-in-Chief Chris Rosacker started working at the daily newspaper The Union on Monday, which is located in Grass Valley — about halfway between Sacramento and Reno.