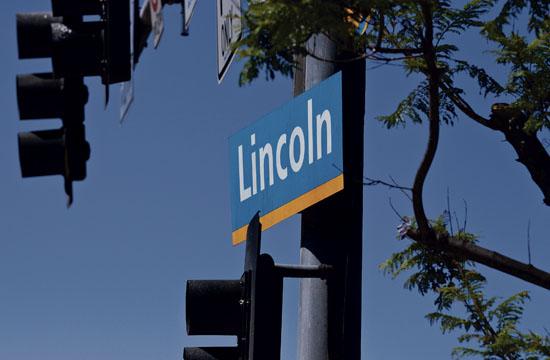 The City of Santa Monica is claiming ownership of Lincoln Boulevard. Well, actually just a portion of it, and Sacramento may likely be the one to help relinquish a stretch of State Route 1 (or Highway 1) to the city.

In a swiftly unanimous vote at its Tuesday meeting this week, the Santa Monica City Council directed the City Manager’s office to “negotiate and execute a Cooperative Agreement with the State of California to relinquish to the City the portion of Lincoln Boulevard.”

Accordingly, the portion of Lincoln Boulevard between the City’s southern boundary and Interstate 10 will officially be under Santa Monica’s purview.

The council action on Aug. 23 brings closure to a tug-of-war between Santa Monica and Sacramento for nearly 15 years, and puts into motion a two-year plan to patch up one of the roughest stretches of road in the city.

“By taking ownership and control of Lincoln Boulevard, the City would be able to better serve residents and businesses by: 1) performing improvements to the street to meet local needs; and 2) managing the public right-of-way per local requirements,” Mark Cuneo, a principal engineer for the City, stated in his staff report to council members, adding that the California Dept. of Transportation (Caltrans) will compensate the city “to return the street to a state of good repair.”

“It is anticipated that the City will receive a $2.2 million payment from Caltrans to bring the condition of the street to a state of good repair in exchange for assuming full maintenance, ownership, responsibility, control, and liability in perpetuity of this facility,” he added.

Interestingly enough, while the City will begin negotiating with Caltrans to claim ownership of Highway 1, Sacramento will not have the funds immediately available to transfer over to City Hall. Instead, Cuneo stated Santa Monica “must agree to defer receipt of payment until funding becomes available and the California Transportation Commission approves the allocation of funds.”

Despite the immediate lack of funds from Sacramento, both state and city officials have indicated the relinquishment process will not be delayed.

Santa Monica is already obliged to provide “ongoing maintenance” of Lincoln Boulevard as stipulated by the Agreement for Maintenance of State Highways in the City of Santa Monica, which was executed by Santa Monica and Sacramento in 1968.

Nearly 30 years later, in 1996, the City gained control of portions of both Lincoln and Santa Monica Boulevards. City Hall has been pushing ever since to claim greater stretches of road in order to upgrade several structural deficiencies.

In 2009, City Hall finally got the ball rolling to obtain the requisite approvals for the State to transfer ownership of Highway 1 between the southern City Limits and the Santa Monica Freeway.

The relinquishment process was allowed to move forward by a legislative act that went into effect on Jan. 1, 2010. About 20 months later, council members finally voted affirmatively to officially execute the relinquishment, which was described by Cuneo as “a legislative process which transfers ownership of a state highway to a city.”

Once it was decided Sacramento would relinquish the prescribed stretch of Lincoln Boulevard to the City, both City Hall and Caltrans met several times on site in order to size up the amount of work that needed to be done, and at what cost.

“The deficiencies were tabulated and repair costs of approximately $2.2 million were estimated to return the street to a state of good repair,” Cuneo stated.

The assessed deficiencies “include pavement deterioration and curb, gutter, and sidewalk damage.”

Looking forward, City Hall’s Planning and Community Development Dept. will begin advertising the future repairs to residents as early as summer 2012, while public outreach and the visioning process is expected to take place the following fall.

The actual repair work will not take place until either 2014 or 2015, contingent upon the availability of funding by the state and the completion of public input and the visioning process.