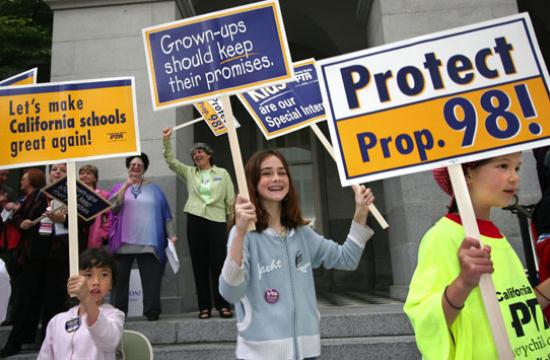 The Community For Excellent Public Schools (CEPS) has become a key player in K-12 public education in both Santa Monica and Malibu.

Although the roots for the organization were laid in early 1999, the group started meeting regularly in 2001 to discuss and strategize about assisting the Santa Monica-Malibu Unified School District with communication and seeking revenue sources. CEPS officially became a non-profit volunteer political action committee in 2003 when its members helped the school district solve the financial crisis it was facing at that time.

Some of their goals include promoting a shared community vision for excellence in local public schools, evaluating and pursuing a range of short- and long-term funding measures through state, City, and school district policies and elections, identifying and supporting issues that would support education and public schools, and promoting accountability for high quality public education by public institutions and public officials.

“CEPS has been able to cultivate a culture in our community that makes education a priority in the whole community,” noted Shari Davis, CEPS co-chair. “We are so proud that we have been able to advocate successfully for funding for our school district that now totals $24 million per year from local sources.”

Some of these local sources are a parcel tax with a cost of living adjustment and the Master Facilities Use Agreement between the school district and the city of Santa Monica that began in the 2004 – 2005 academic year. Most recently, CEPS helped with the campaign for Propositions Y and YY that were approved by voters in November 2010. Proposition Y was a half cent City of Santa Monica transaction and use tax and Proposition YY was a companion measure that advises that half the funds generated by Proposition Y can be given to the school district. The school board approved the terms of the agreement in June 2011.

“The proposal of putting Y and YY on the ballot shows how far we’ve come,” Davis pointed out.

Another milestone, according to Davis, was the CEPS participation in the 2005 Caravan for Kids, which included eight press conferences in California’s major media markets and a 2,000-person rally for “Making California Great Again” on the steps of the State Capitol.

“The Caravan for Kids was a real moment for us to do statewide advocacy and partner with the California State PTA,” explained Davis.

Yet another achievement for CEPS was the initiation of the State of Our Schools event in 2006, which was created and organized by CEPS to highlight the achievements of both Santa Monica High School and Malibu High School with presentations in both cities.

In honor of its 10-year anniversary, CEPS is asking community leaders, education advocates, and residents in Santa Monica and Malibu to express their thoughts and concerns about public education through a survey posted on their blog at excellentpublicschools.blogspot.com