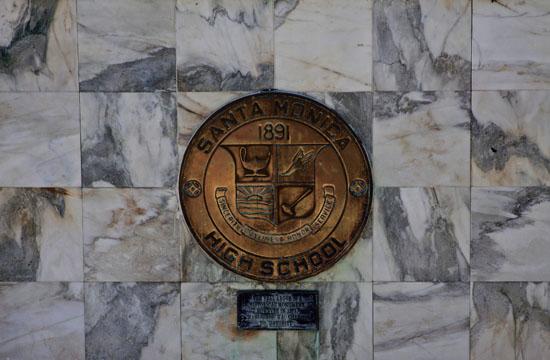 Trent A. Nelson, son of Allen and Rose Nelson and an incoming senior at Santa Monica High School, earned a top composite score of 36 on a recent ACT test.

“We are very proud of Trent’s accomplishment,” commented Rose Nelson. “Trent’s score was a result of both his initiative and the fine education he has received from SaMoHi and the other SMMUSD (Santa Monica-Malibu Unified School District) schools he has attended since Kindergarten.”

According to Trent’s family, he studied for the test by himself, taking practice exams from a study guide purchased at a local bookstore.

“Trent’s initiative to purposefully prepare for the ACT – not just through his regular school work, but on his own as well – is an example of what exemplary learners do,” said Laurel Fretz, SaMoHi ’s new principal. “Trent’s teachers are so proud of him and we are all eager to see him achieve great things in the future.”

The ACT consists of tests in English, mathematics, reading and science. Each test is scored on a scale of one through 36, and a student’s composite score is the average of the four test scores. Some students also take ACT’s optional Writing Test, but the score for that test is reported separately and is not included within the ACT composite score.

In a letter recognizing this exceptional achievement, ACT CEO Jon Whitmore said, “While test scores are just one of the many criteria that most colleges consider when making admission decisions, your exceptional ACT composite score should prove helpful as you pursue your education and career goals.”

ACT test scores are accepted by all major U.S. colleges, and exceptional scores of 36 provide colleges with evidence of student readiness for the academic rigors that lie ahead.

For more information about the ACT and ACT scores, please call Nancy Owen at 319.341.2289 or e-mail nancy.owen@act.org. Visit the ACT website at act.org