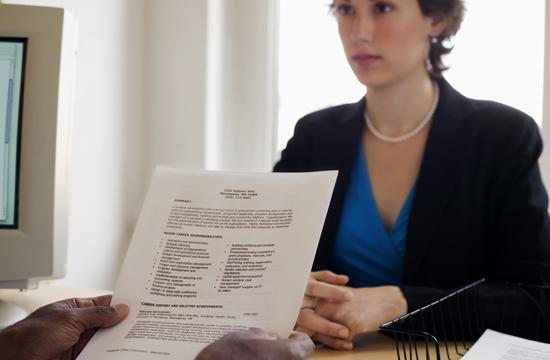 If more Santa Monicans had jobs within city limits, perhaps Santa Monica would have significantly less traffic and unemployment. Accordingly, the Santa Monica City Council hopes something tangible will result from its recent study session on local hiring programs.

In an effort to promote local businesses searching for employees from within Santa Monica, both council members and City staff explored options on developing a local hiring initiative. If such an initiative is outlined and endorsed, it would specifically apply to companies that contract with the City of Santa Monica to construct new developments and projects.

Accordingly, a local hiring program would provide Santa Monicans with more job options in construction, either physically working on a given project or attaining an in-house position within the construction company.

“If we are going to have a local hire program, something that reached beyond the actual construction of the project and into the operation of the business would be very useful,” Mayor Pro Tem Gleam Davis said. “That’s probably where we can have the most bang for our buck in our particular community.”

Andy Agle, direct of the City’s Housing and Economic Development Department, presented a number of options in developing and fine-tuning a local hiring initiative to council members at their last meeting in July.

“The question is about how we can develop a more comprehensive and, we hope, effective approach to give Santa Monica residents an edge in taking advantage of employment opportunities resulting from public works and new developments happening in Santa Monica,” Agle said.

A secondary perk of a local hiring initiative would not only keep jobs within Santa Monica and lower the City’s unemployment rate, but also minimize traffic in and out of town as residents would conceivably travel less to get to work.

Even more, the economic windfall could potentially be positive, as well. By traveling less, residents theoretically would have more expendable cash thanks to lower transportation costs. In staying local for work, the hope is that Santa Monicans would spend some of that expendable cash by shopping, dining, or partaking in other leisurely activities within the city.

Both City staff and residents viewed the potential local hiring initiative as a spin-off of Santa Monica’s “Buy Local” program, which promotes residents to do their shopping in the city. Indeed, the phrase “Hire Local” was tossed around a few times during the study session held on July 26.

“If we think of the ‘Hire Local’ model as part of – or related to – the ‘Buy Local’ model, a greater amount of economic activity in Santa Monica is directly supporting the (local) economy when local workers are Santa Monica residents,” Agle said. “Working local can translate into shorter commutes.”

Agle added that promoting residents to work locally will translate to an improved quality of life, with more time for family, hobbies, and recreation, among other activities.

While the concept was noble and well-received, the study session did raise several interesting counter-arguments and statistics. Concerns that were raised included how to actually execute a local hiring program. After all, while the City may rightfully seek to have as many Santa Monicans work within city limits as possible, the choice is ultimately the resident’s to make as to whether they want to stay in town or commute to a job in Los Angeles and beyond.

Council member Pam O’Connor, for example, pointed out that only about one in three residents work in Santa Monica.

“Most Santa Monicans works elsewhere in the county, and many of them by choice,” she said.

Staff pointed out in its formal report to council members that Santa Monica does have some initiatives on the books when it comes to local employment.

“The City of Santa Monica has long-standing policies that support low- and moderate-income employees in their pursuit of job training, placement, and livable wages,” the staff report notes. “Through its Living Wage Ordinance adopted in 2005, the City has required contractors with City contracts over $54,200 to pay their employees no less than a living wage, currently set at $13.54 per hour.”

Staff had looked at local hiring practices of other cities as well, including five California cities: Berkeley, Pasadena, Richmond, East Palo Alto, and San Francisco, Milwaukee, Wisconsin was the only out of state program considered in the study session. In analyzing each city’s local hiring initiatives, one recommended policy that seemed likely to transfer over to Santa Monica was first source hiring. Under such an initiative, local residents are given a chance to apply for a job before the general public.

According to Council member Robert Holbrook, Santa Monica Place had a similar initiative when it re-opened late last year, when job announcements at the refurbished mall were made available to local residents one day prior to the general public.

Agle added that first source hiring practices are common in both public and private development projects. Of course, the most notable issue was how a local hiring initiative would tie into development agreements (DA), which already have some sort of local hiring provisions incorporated into contracts.

Yet another option discussed was in-lieu fees. Such fees would allow the City to work with businesses and organizations to promote job placement. Essentially, a private enterprise would pay an in-lieu fee to the City, which in turn could provide job placement organizations with resources to fill local positions.

As each recommendation was considered in the context of a study session, council members did not take any action on possible local hiring initiatives. Regardless of what the council ultimately decides, Bloom pointed out a local hiring program must balance between serving as a noble gesture to residents but must also avoid excluding well-qualified candidates from the region and beyond.

“These are all very complicated issues. I’d be very concerned if we were to be going down a path where we are favoring local hiring practices to the extent we’re excluding folks from outside of the community,” he said. “I think we really share a responsibility to provide some of those jobs regionally.”